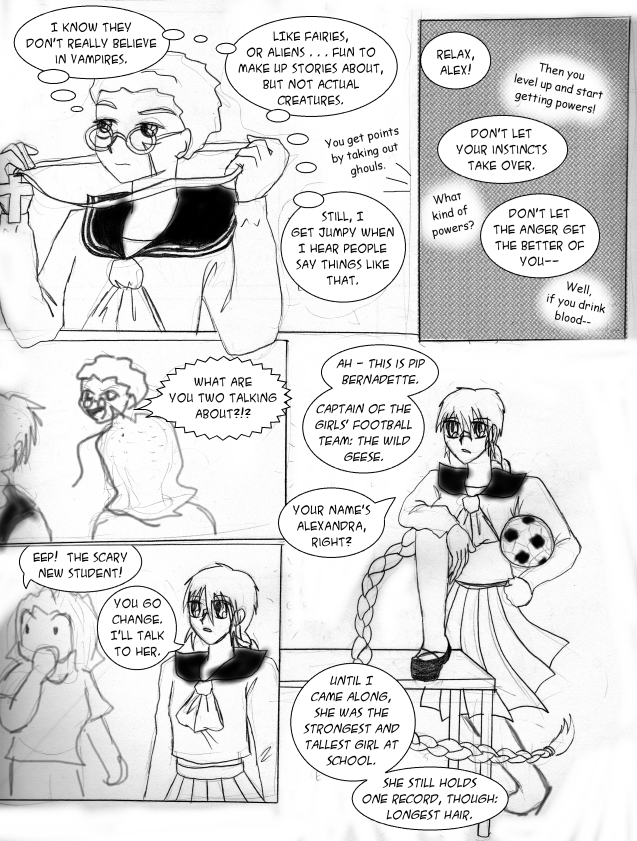 the drawings are better every day

*looking at pip standing with leg on table* most girls I know wouldn't stand like that while wearing a skirt....i guess it's okay because they're still in the change room.

I would! >: D Besides, Pip’s skirt isn’t all that short. What’s really the problem on that page is that it looks like Pip’s leg isn’t really attached to her body.

I can see what you mean with a long skirt but what I say still applies….you’re also right about the leg