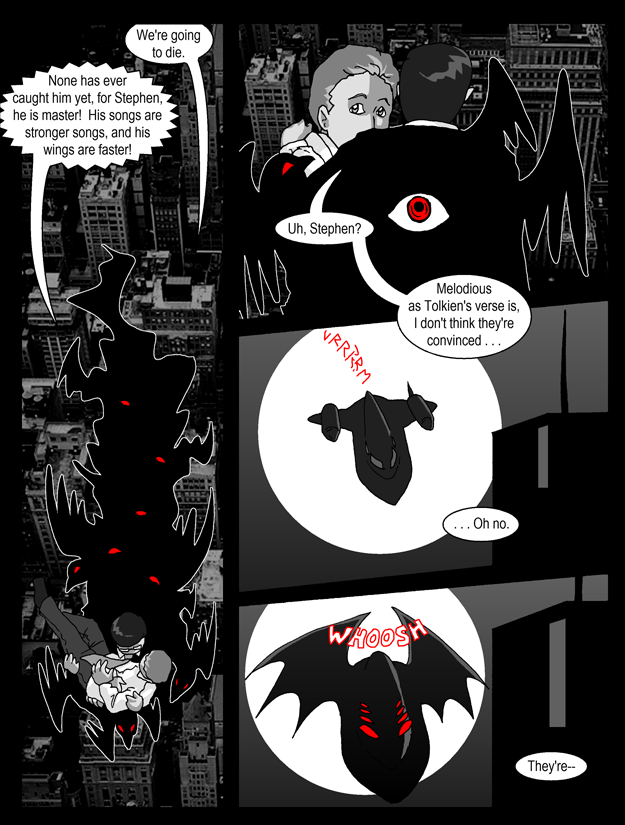 Back in the present, where Stephen is parodying a Tom Bombadil song. (As he did once on TCR, during the Neil Gaiman interview.)

Stephen: None has ever caught him yet, for Stephen, he is master! His songs are stronger songs, and his wings are faster!