The updated version of the Complete Collection.

High-res versions of every daily And Shine Heaven Now strip, every Sunday Edition, every page of The Eagle of Hermes, and every last-minute omake. Plus: missed bits that were found during the strip-by-strip re-upload, and all-new bonuses, including some drawn in 2018.

It’s free to download, but a donation (suggested amount is $5) would be welcome!

Volume 2 (434 MB): Sundays and holidays, The Eagle of Hermes, and other bonus material. 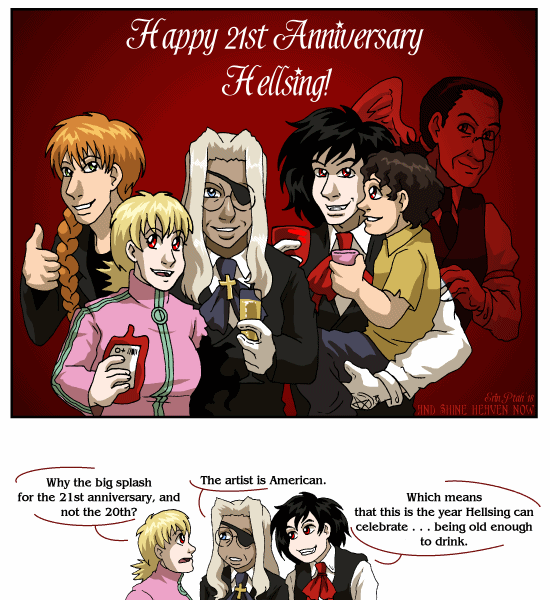 Seras: Why the big splash for the 21st anniversary, and not the 20th?

Integra: The artist is American.

Alucard: Which means that this is the year Hellsing can celebrate . . . being old enough to drink.