Heinkel: Do me a favor, kid…

Give me something less painful to talk about!

Timothy: Our boss is sending the full might of the Church into the war, and it might be for all the wrong reasons. 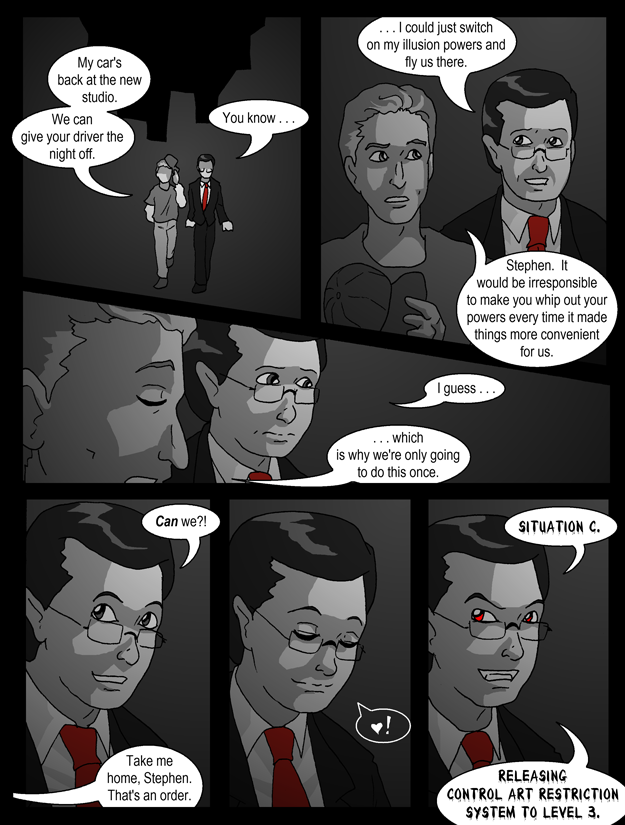 Jon: My car’s back at the new studio. We can give your driver the night off.

…I could just switch on my illusion powers and fly us there.

Jon: Stephen. It would be irresponsible to make you whip out your powers every time it made things more convenient for us.

Jon: …which is why we’re only going to do this once.