Agent: That man sure taught you a lot, huh?

Walter: I’ll thank you to keep that tone of innuendo out of your voice, young pup. Making tea. Dressing well. Slicing trash like you to bits with a flick of my wrist. Being a good parent. Having a pithy quotation always at the ready.

Agent 2: Ignore him. English major. Always cracking up at what turns out to be some obscure Brontë reference. 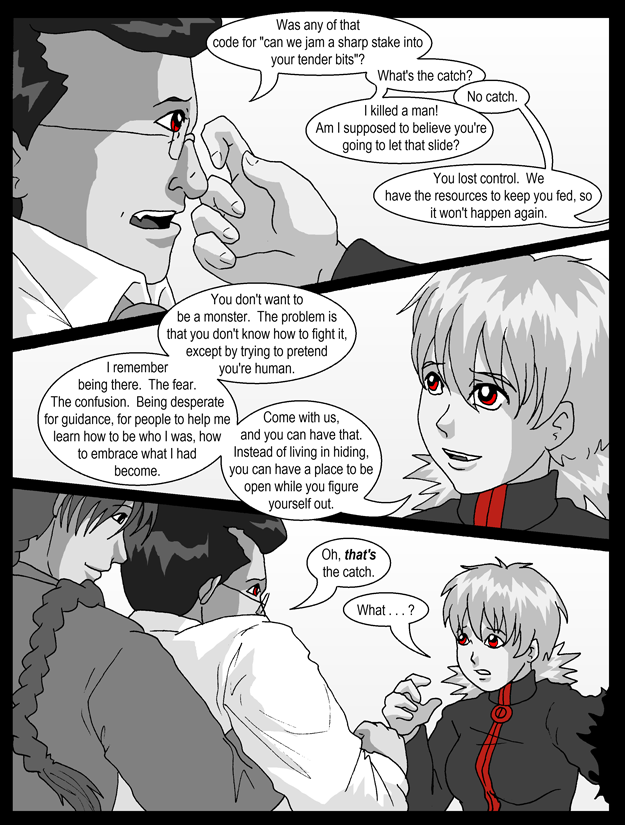 Stephen: Was any of that code for “can we jam a sharp stake into your tender bits”? What’s the catch?

Stephen: I killed a man! Am I supposed to believe you’re going to let that slide?

Seras: You lost control. We have the resources to keep you fed, so it won’t happen again.

You don’t want to be a monster. The problem is that you don’t know how to fight it, except by trying to pretend you’re human. I remember being there. The fear. The confusion. Being desperate for guidance, for people to help me learn how to be who I was, how to embrace what I had become. Come with us, and you can have that. Instead of living in hiding, you can have a place to be open while you figure yourself out. 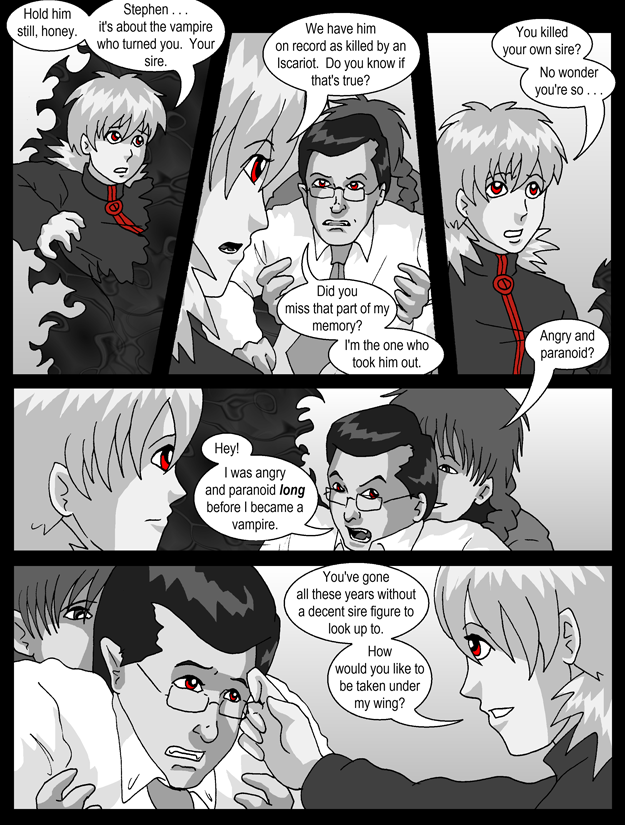 In which Seras ditches the tiny nurse uniform for something more concealing. (Much to her honey’s dismay.)

Seras: Hold him still, honey. Stephen…it’s about the vampire who turned you. Your sire.

We have him on record as killed by an Iscariot. Do you know if that’s true?

Stephen: Did you miss that part of my memory? I’m the one who took him out.

Seras: You killed your own sire? No wonder you’re so…

Stephen: Hey! I was angry and paranoid long before I became a vampire.

Seras: You’ve gone all these years without a decent sire figure to look up to! How would you like to be taken under my wing?