Sweetness was last seen in the hands of Ann Warbucks, while Stephen Colbert’s last canon appearance was the time he MC’d that Pray Pray Revolution tournament.

As for who dusted a ghoul next to the Daily Show studio, and why…take a look at Shine’s baby-sister comic, The Eagle of Hermes.

Dandy (thinking): This city is nothing but a waste of time! It’s only a target at all because Americans are emotionally attached to it. There’s not a supernatural challenger for miles around.

Wait…now that’s more like it! Someone actually took out a ghoul here!

Smells of adrenaline and sweat…but no blood.

Dandy: Come out, come out, wherever you are…I know there’s someone here. You reek of fear and–

Stephen: What’s that, Sweetness? You say he talks too much? You think we should shoot him some more? That’s my girl. 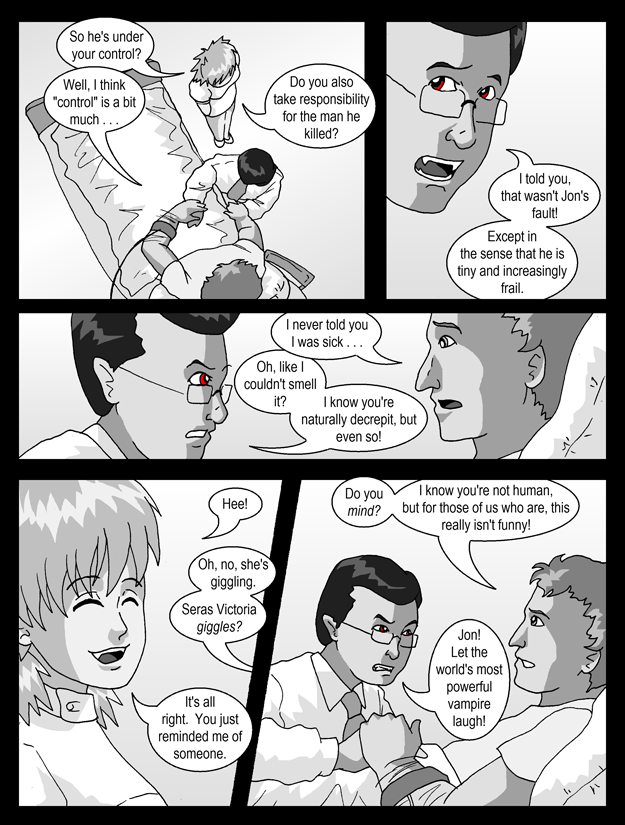