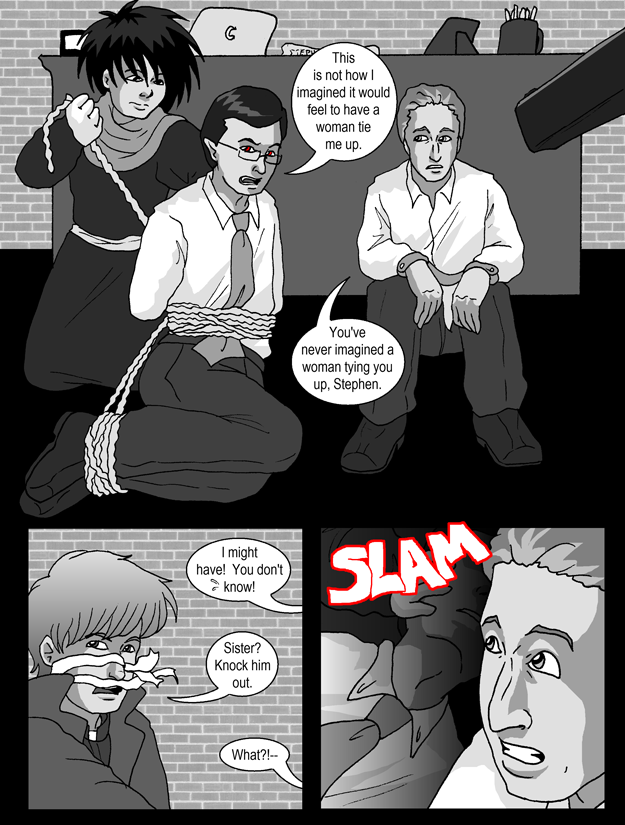 The ropes have blessed silver thread woven into them, so Stephen can’t break them. Jon just gets his hands tied, because Jon is not fast enough to dodge a bullet.

Stephen: This is not how I imagined it would feel to have a woman tie me up.
Jon: You’ve never imagined a woman tying you up, Stephen.

Stephen: I might have! You don’t know!
Heinkel: Sister? Knock him out.
Jon: What?!–
[SLAM]

Seras: So that’s her. I couldn’t remember what happened. I locked it away and tried to move on. But I never got rid of that scared little girl. Even when I became a police officer, she was still there.

Crying for attention. Convinced I could never be loved…until I believed it myself. But here you are, holding her like it doesn’t matter, proving both of us wrong…

…hey, you got your eye back!

Pip: Isn’t it neat? I just hope it doesn’t take away from my rugged bad-boy charms.