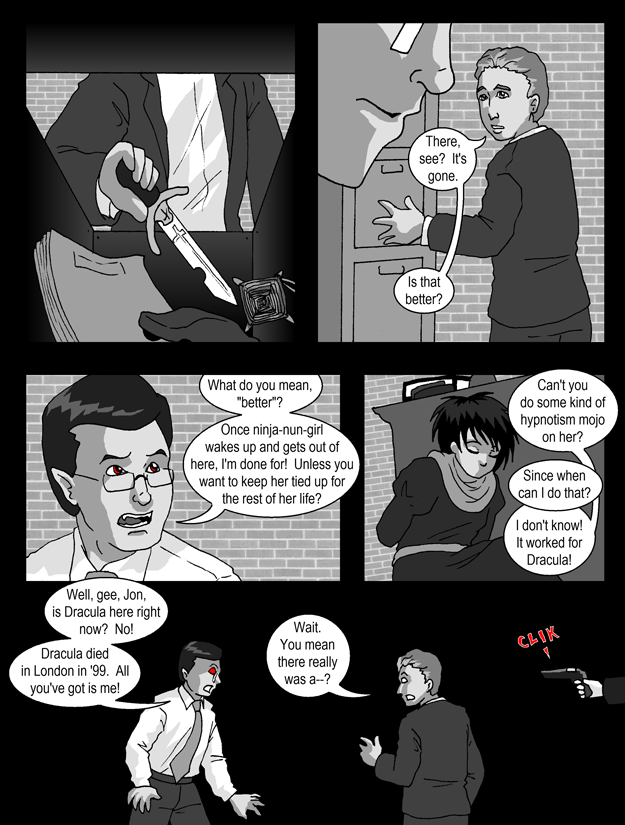 Other trinkets in that drawer include the things Stephen eagerly prepared for Papa Bear’s visit in the 200th episode (January 17, 2007).

Stephen: What do you mean, “better”? Once ninja-nun-girl wakes up and gets out of here, I’m done for! Unless you want to keep her tied up for the rest of her life?

Jon: Can’t you do some kind of hypnotism mojo on her?
Stephen: Since when can I do that?
Jon: I don’t know! It worked for Dracula!