Seras: BECAUSE I DO GO OUT THERE
I DO
I RUN
THERE’S A FORK
I GRAB IT
IT’S SHARP
I STAB
I STAB
RIGHT INTO HIS EYE
HE SCREAMS
SO MUCH BLOOD
I’M JUST LIKE THEM
I’M A MONSTER
I’M A MONSTER

You’re nothing like them. You’re not a monster. You were a scared little kid who didn’t know what else to do. 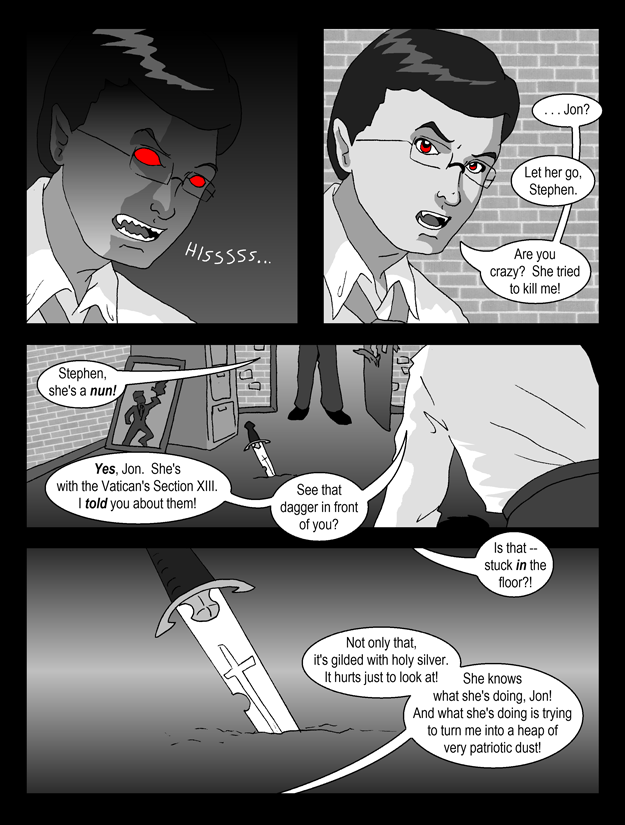 Stephen: …Jon?
Jon: Let her go, Stephen.
Stephen: Are you crazy? She tried to kill me!

Jon: Stephen, she’s a nun!
Stephen: Yes, Jon. She’s with the Vatican’s Section XIII. I told you about them! See that dagger in front of you?

Jon: Is that — stuck in the floor?
Stephen: Not only that, it’s gilded with holy silver. It hurts just to look at! She knows what she’s doing, Jon! And what she’s doing is trying to turn me into a heap of very patriotic dust! 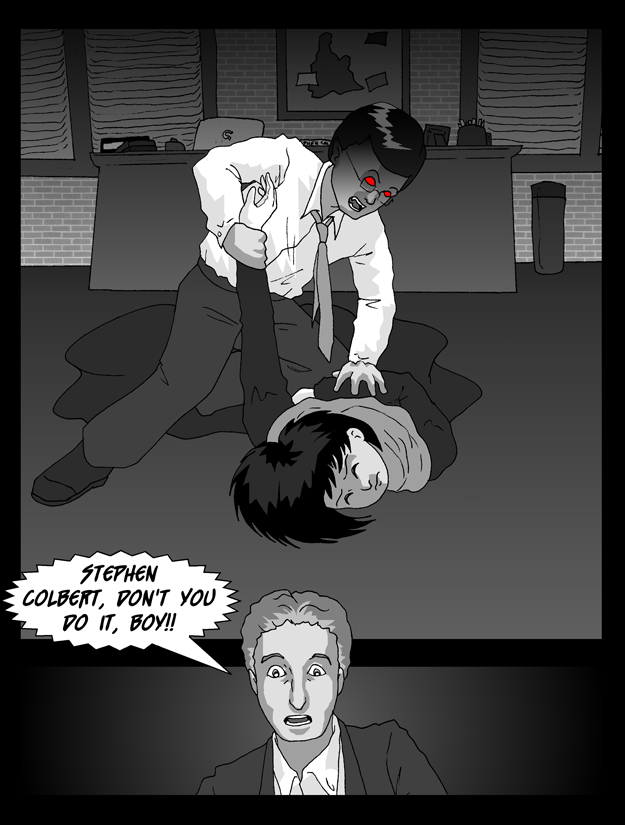 Reference to Jon coming to Stephen’s defense during the Conan feud.

Jon: Stephen Colbert, don’t you do it, boy!!