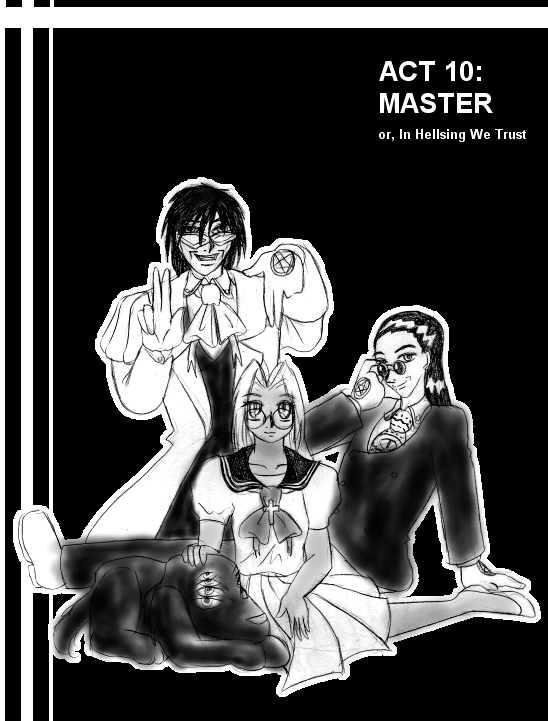 or, In Hellsing We Trust

If you’ve read Hellsing volume 5, you remember the longer version of this conversation, and you can probably figure out where it’s going.

Integra: Could we mobilize another warship?

Walter: No. It would take too long. They might start moving the Eagle at any time. A small, high-speed boat?

Integra: No. They have cannons. It wouldn’t have a prayer. Aircraft, if we included a lot of decoy chaff…

Walter: No. Even if we overwhelmed the barrage of paper, they still have the magic bullet.

Alucard: Don’t I get to have a say in this? After all, whatever you’re sending, I’ll be the one riding it.