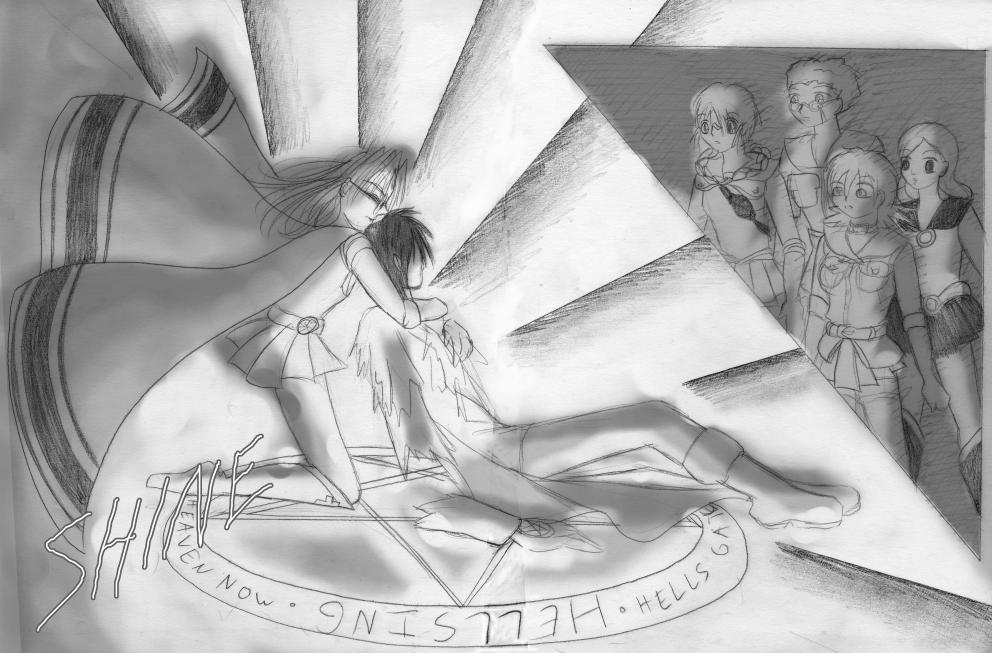 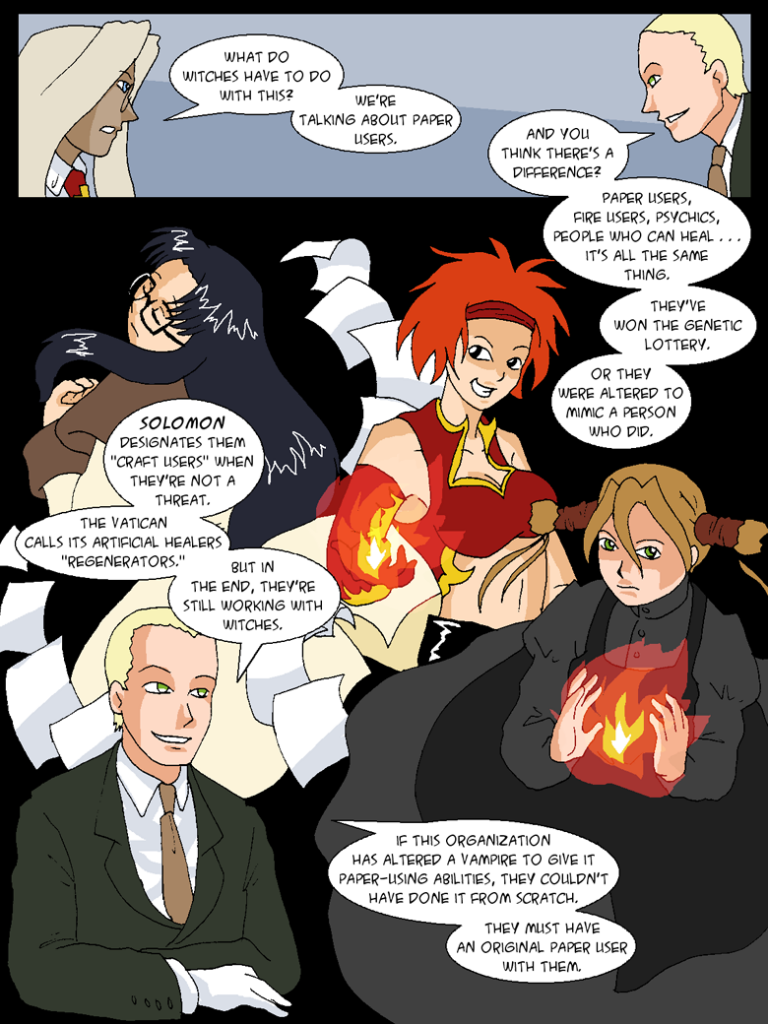 In between Yomiko and Robin is Fire Inc., a character from the R.O.D manga who has powers very similar to Robin’s.

Integra: What do witches have to do with this? We’re talking about paper users.

Joker: You think there’s a difference? Paper users, fire users, psychics, people who can heal…it’s all the same thing. They’ve won the genetic lottery. Or they were altered to mimic a person who did.

Solomon designates them “craft users” when they’re not a threat. The Vatican calls its artificial healers “regenerators.” But in the end, they’re still working with witches.

If this organization has altered a vampire to give it paper-using abilities, they couldn’t have done it from scratch. They must have an original paper user with them.