Fan: You’re the best person in Millenium, in my opinion. I know Captain is really a giant wolf, Rip has magic bullets, Dok is a crazy scientist, Zorin’s got pointy boobs, Dandy is a paper user and Major is obsessed with war — but it’d be hard to do stuff without the kid who can phase through walls. ILOVEYOUSCHROOOOO~!!!

Doc: Schrödinger, did you say you recognized these things?

I have lots of them, for obvious reasons. Purr. 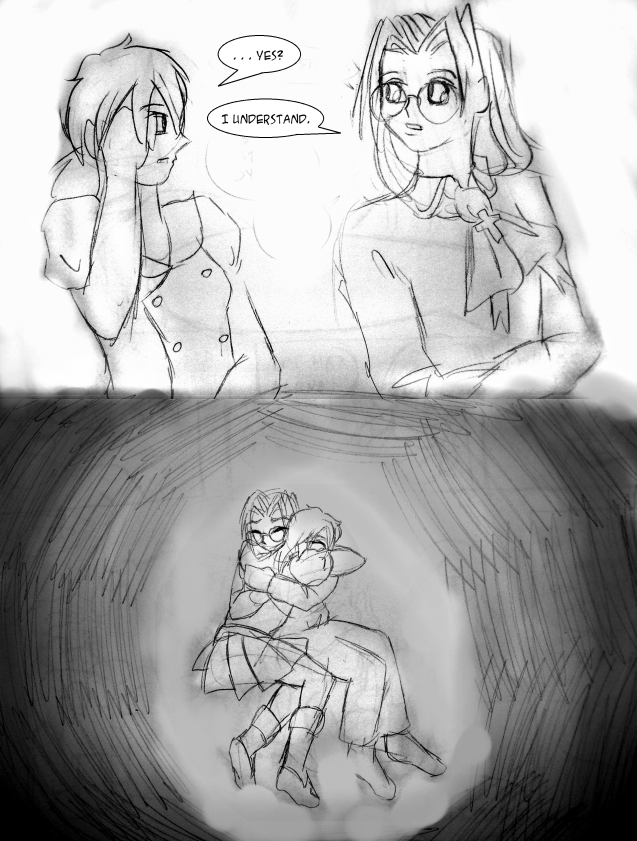