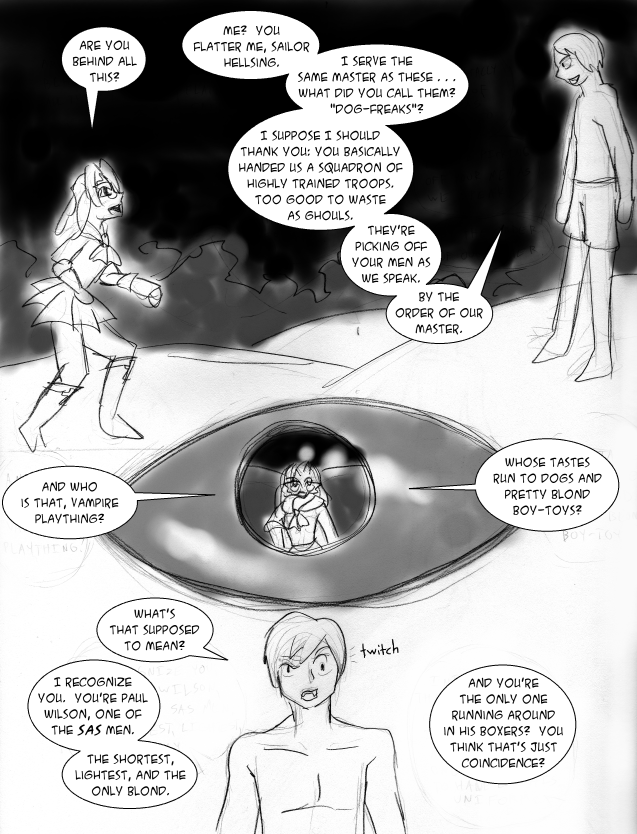 Integra: Are you behind all this?

Vampire: Me? You flatter me, Sailor Hellsing. I serve the same Master as these…what did you call them? “Dog-freaks”? I suppose I should thank you: you basically handed us a squadron of highly trained troops. Too good to waste as ghouls. They’re picking off your me nas we speak. By the order of our Master.

Integra: And who is that, vampire plaything? Whose tastes run to dogs and pretty blond boy-toys?

Vampire: What’s that supposed to mean?

Integra: I recognize you. You’re Paul Wilson, one of the SAS men. The shortest, lightest, and the only blond.

And you’re the only one running around in his boxers? You think that’s just coincidence? 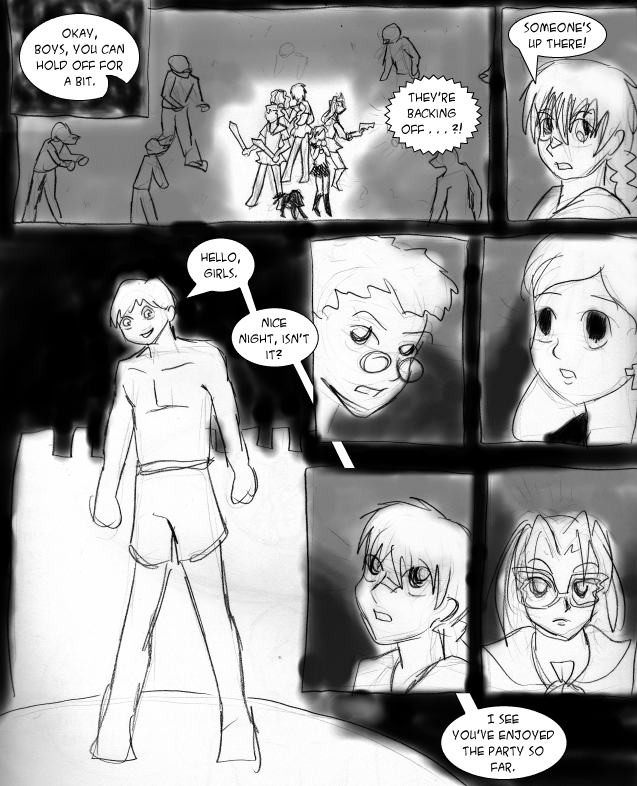 Vampire: Okay, boys, you can hold off for a bit.

Pip: Someone’s up there! 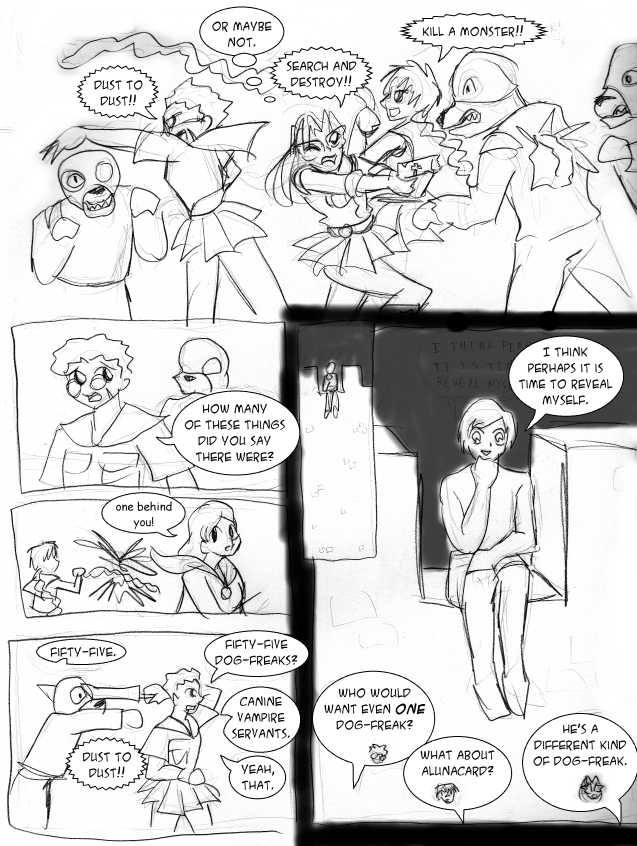 Integra (thinking): …or maybe not.

Alex: How many of these things did you say there were?

Kim: one behind you!

Vampire: I think perhaps it is time to reveal myself.

Alex: Who would wnat even one dog-freak?

Another guest vid – again, the artist’s channel has more! 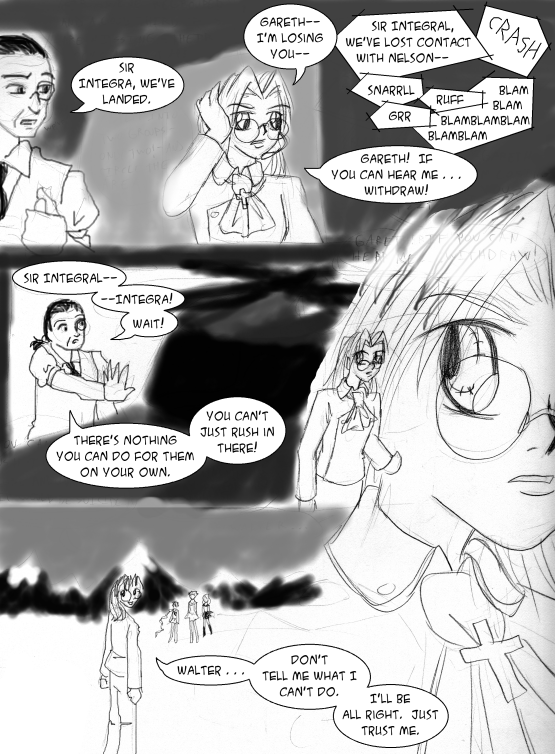 Integra: Gareth! If you can hear me…withdraw!

Walter: Sir Integral — Integra! Wait! There’s nothing you can do for them on your own. You can’t just rush in there!

Integra: Walter…don’t tell me what I can’t do. I’ll be all right. Just trust me. 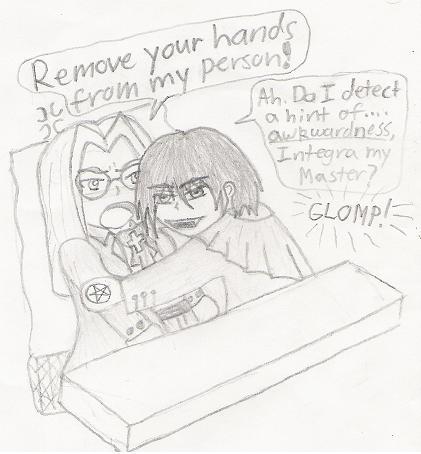 Alucard gets an early start on the glomping in this picture by Vampire Hunter Amanda. 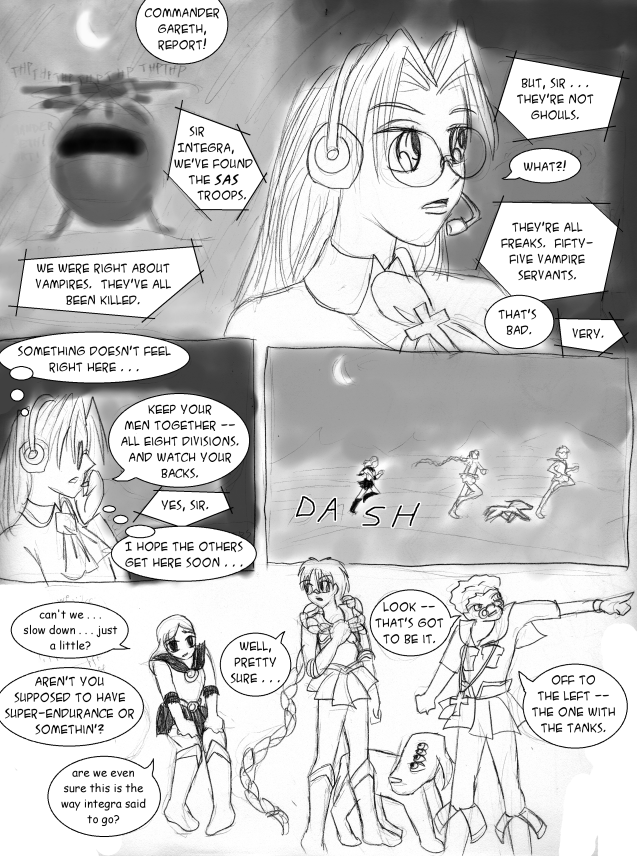 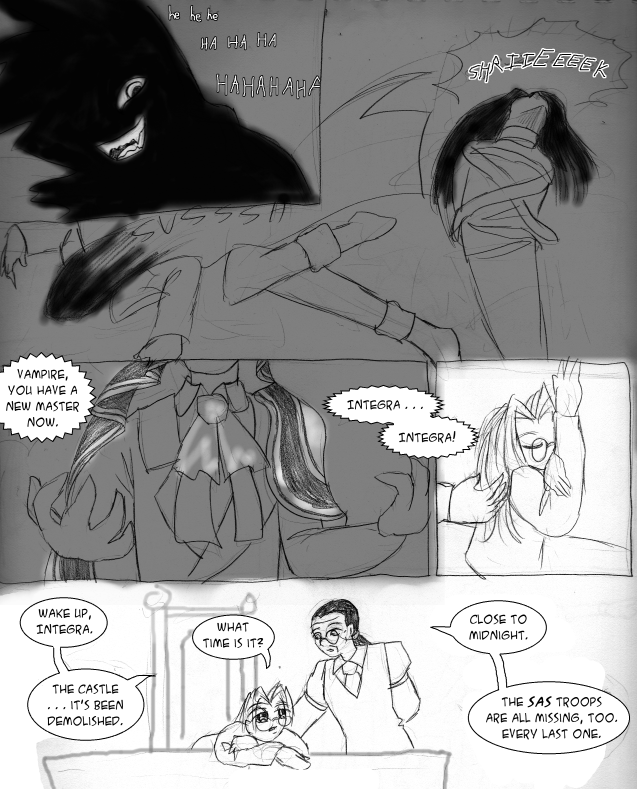 Alucard (dream): he he he HA HA HA HAHAHA — SHRIIIEEK

Master (dream): Vampire, you have a new Master now.

Wake up, Integra. The castle…it’s been demolished.

Integra: What time is it?

Walter: Close to midnight. The SAS troops are all missing, too. Every last one.

Tim Turner suggests another time travel storyline with this takeoff on the cover of Back to the Future III.