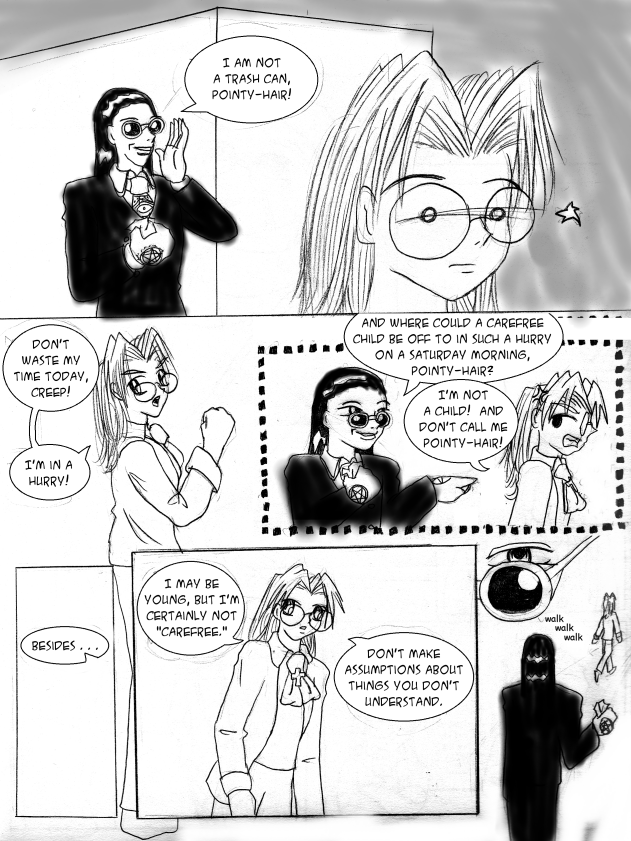 Brenner: I am not a trash can, pointy-hair!

Brenner: And where could a carefree child be off to in such a hurry on a Saturday morning, pointy-hair?

Integra: I’m not a child! And don’t call me pointy-hair!

I may be young, but I’m certainly not “carefree.” Don’t make assumptions about things you don’t understand. 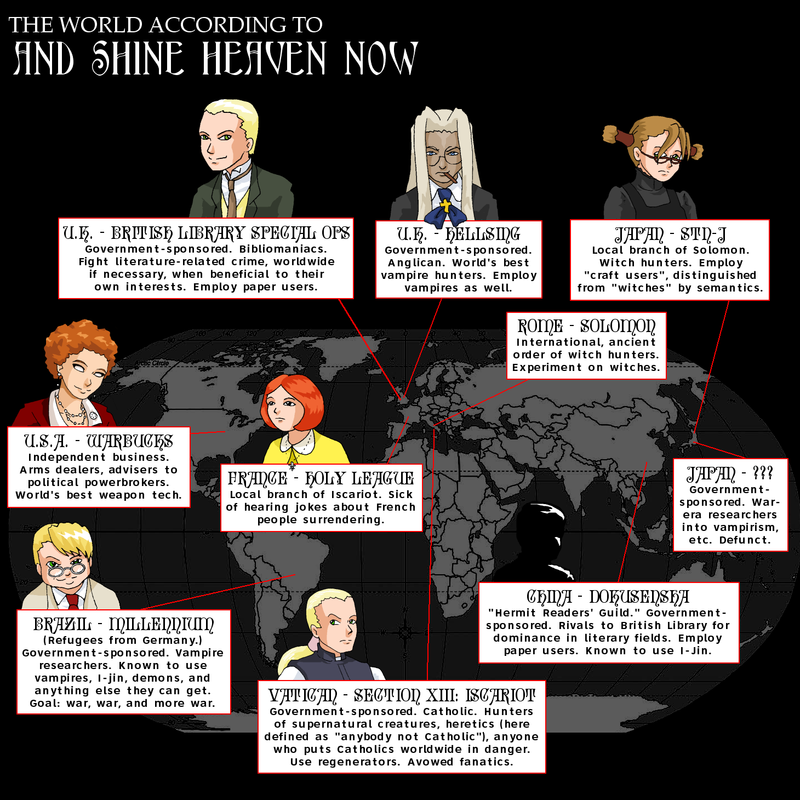