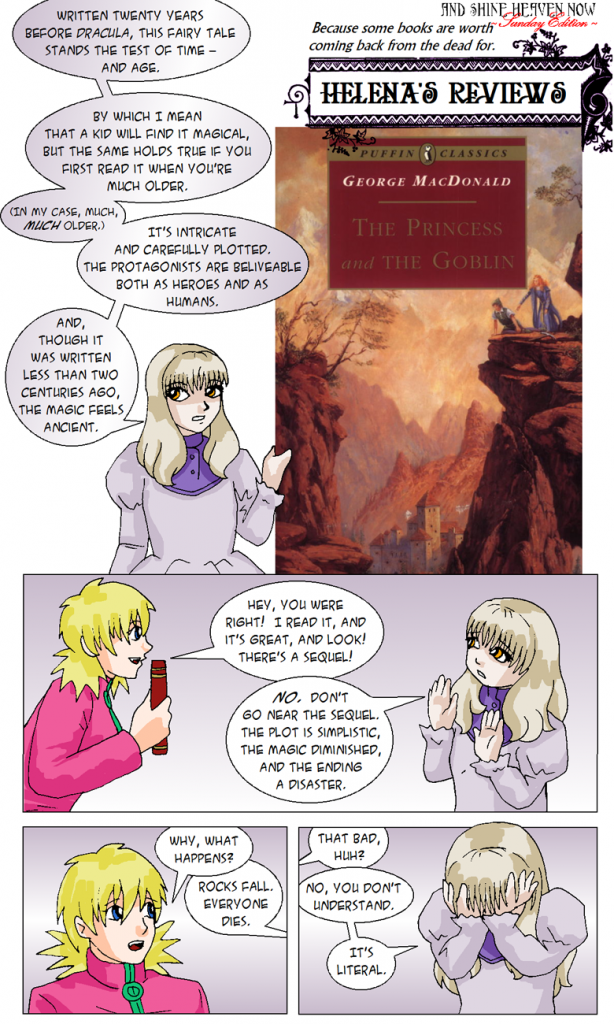 Helena: Written twenty years before Dracula, this fairy tale stands the test of time — and age. By which I mean that a kid will find it magical, but the same holds true if you first read it when you’re much older. (In my case, much, much older.)

It’s intricate and carefully plotted. The protagonists are believable both as heroes and as humans. And though it was written less than two centuries ago, the magic feels ancient.

Seras: Hey, you were right! I read it, and it’s great, and look! There’s a sequel!

Helena: No. Don’t go near the sequel. The plot is simplistic, the magic diminished, and the ending a disaster.

Seras: Why, what happens?