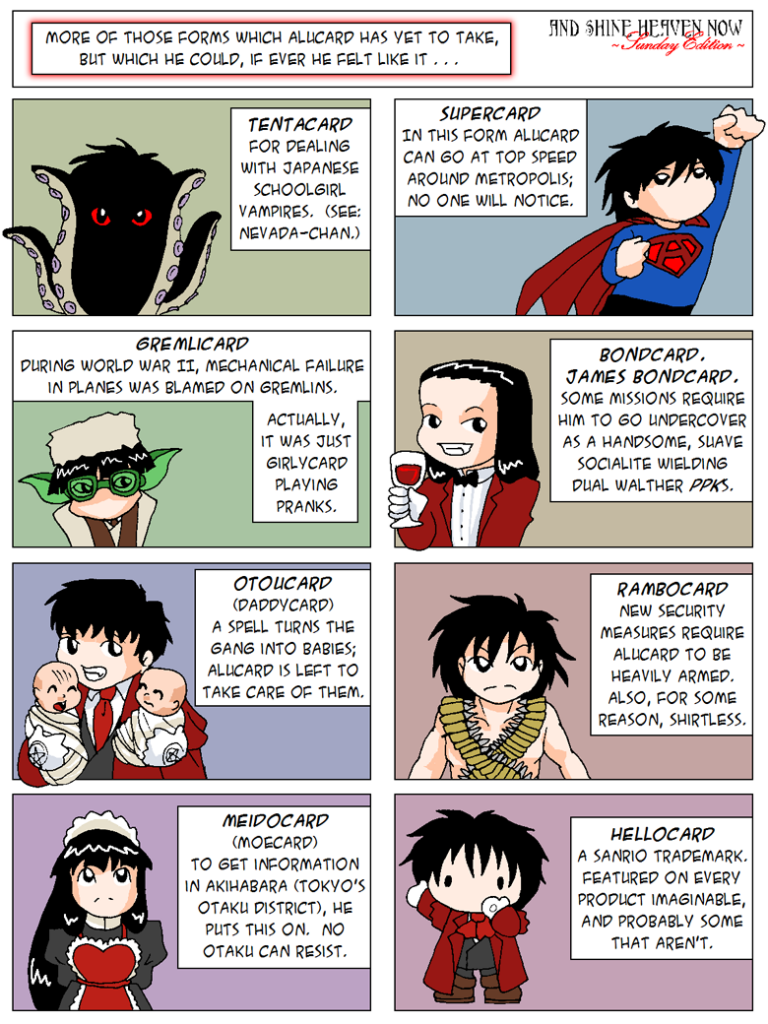 More of those forms which Alucard has yet to take, but which he could, if he ever felt like it…

Supercard
In this form Alucard can go at top speed around Metropolis; no one will notice.

Gremlicard
During World War II, mechanical failure in planes was blamed on gremlins. Actually, it was just Girlycard playing pranks.

Otoucard (Daddycard)
A spell turns the gang into babies; Alucard is left to take care of them.

Meidocard (Moecard)
To get information in Akihabara (Tokyo’s otaku district), he puts this on. No otaku can resist.

Hellocard
A Sanrio trademark. Featured on every product imaginable, and probably some that aren’t.