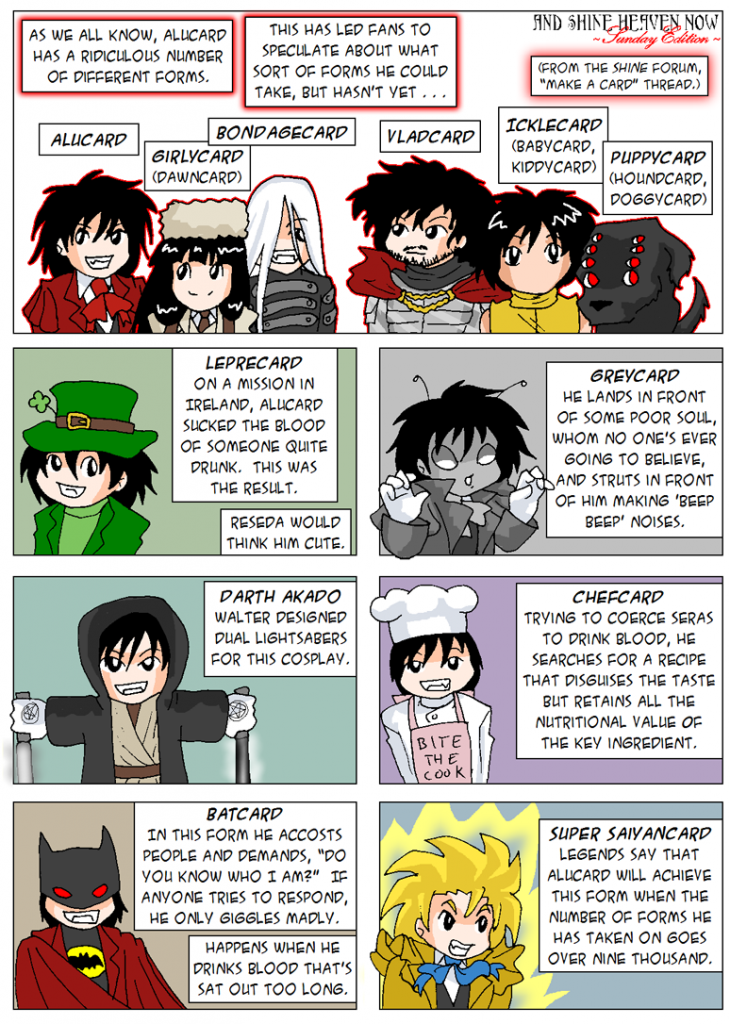 As we all know, Alucard has a ridiculous number of different forms. This has led fans to speculate about what sort of forms he could take, but hasn’t yet…

Leprecard
On a mission in Ireland, Alucard sucked the blood of someone quite drunk. This was the result. Reseda would think him cute.

Greycard
He lands in front of some poor soul, whom no one’s ever going to believe, and struts in front of him making “beep beep” noises.

Chefcard
Trying to coerce Seras to drink blood, he searches for a recipe that disguises the taste but retains all the nutritional value of the key ingredient.

Batcard
In this form he accosts people and demands, “Do you know who I am?” If anyone tries to respond, he only giggles madly. Happens when he drinks blood that’s sat out too long.

Super Saiyancard
Legends say that Alucard will achieve this form when the number of forms he has taken on goes over nine thousand.