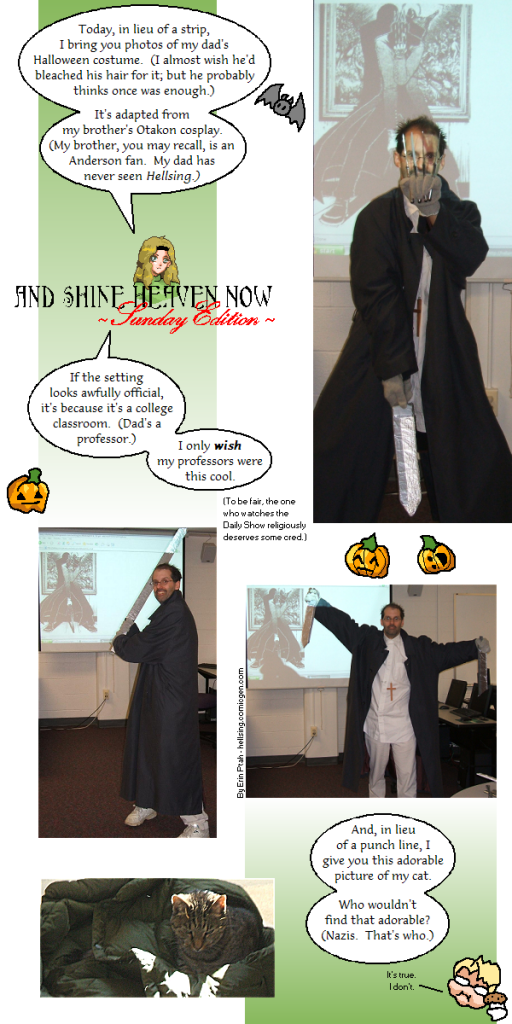 Today, in lieu of a strip, I bring you photos of my dad’s Halloween costume. (I almost wish he’d bleached his hair for it; but he probably thinks once was enough.)

It’s adapted from my brother’s Otakon cosplay. (My brother, you may recall, is an Anderson fan. My dad has never seen Hellsing.)

If the setting looks awfully official, it’s because it’s a college classroom. (Dad’s a professor.) I only wish my professors were this cool.

(To be fair, the one who watches the Daily Show religiously deserves some cred.)

And in lieu of a punch line, I give you this adorable picture of my cat. Who wouldn’t find that adorable? (Nazis. That’s who.)