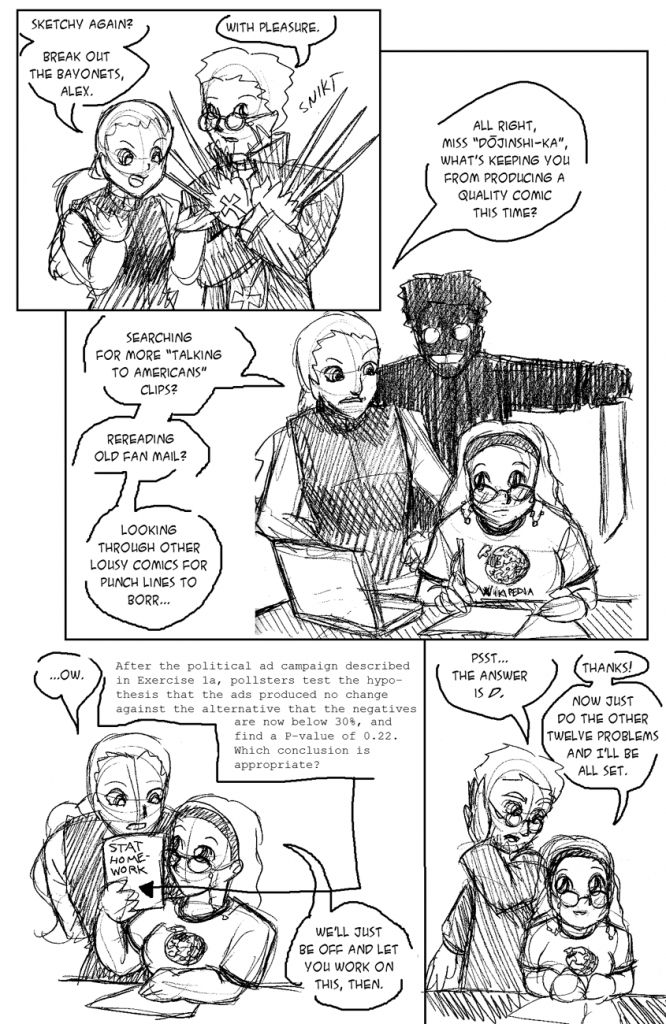 The problem text here is from the De Veaux and Velleman’s Intro Stats, by Pearson Addison Wesley publishing.

Enrico: All right, miss “doujinshi-ka”, what’s keeping you from producing a quality comic this time? Searching for more “Talking to Americans” clips? Rereading old fan mail? Looking through other lousy comics for punchlines to borr…

Textbook: After the political ad campaign described in Exercise 1a, pollsters test the hypothesis that the ads produced no change against the alternative that the negatives are now below 30%, and find a P-value of 0.22. Which conclusion is appropriate?

Enrico: We’ll just be off and let you work on this, then.

Erin: Thanks! Now just do the other twelve problems and I’ll be all set.