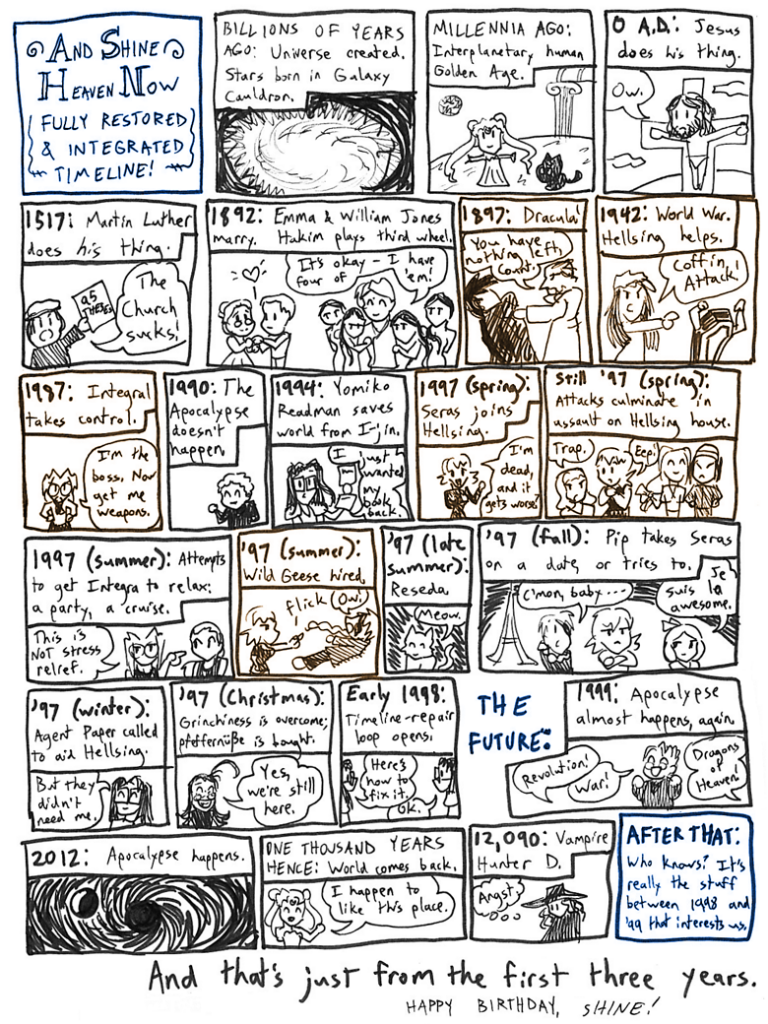 Strict Hellsing canon is in brown. The rest is a combination of history, crossovers, and previous events of Shine. You’ll notice that some of them have been rearranged; all in all, though, the events were generally the same.

We now return you to your normal state of comic-strip time-suspension.

Van Helsing: You have nothing left, Count.

Young Integra: I’m the boss. Now get me weapons.

Yomiko: I just wanted my book back.

Seras: I’m dead, and it gets worse?

Integra: This is NOT stress relief.

Yomiko: But they didn’t need me.

Yomiko: Here’s how to fix it.

Others: Revolution! / Dragons of Heaven!

AFTER THAT: Who knows? It’s really the stuff between 1998 and ’99 that interests us.

And that’s just from the first three years.