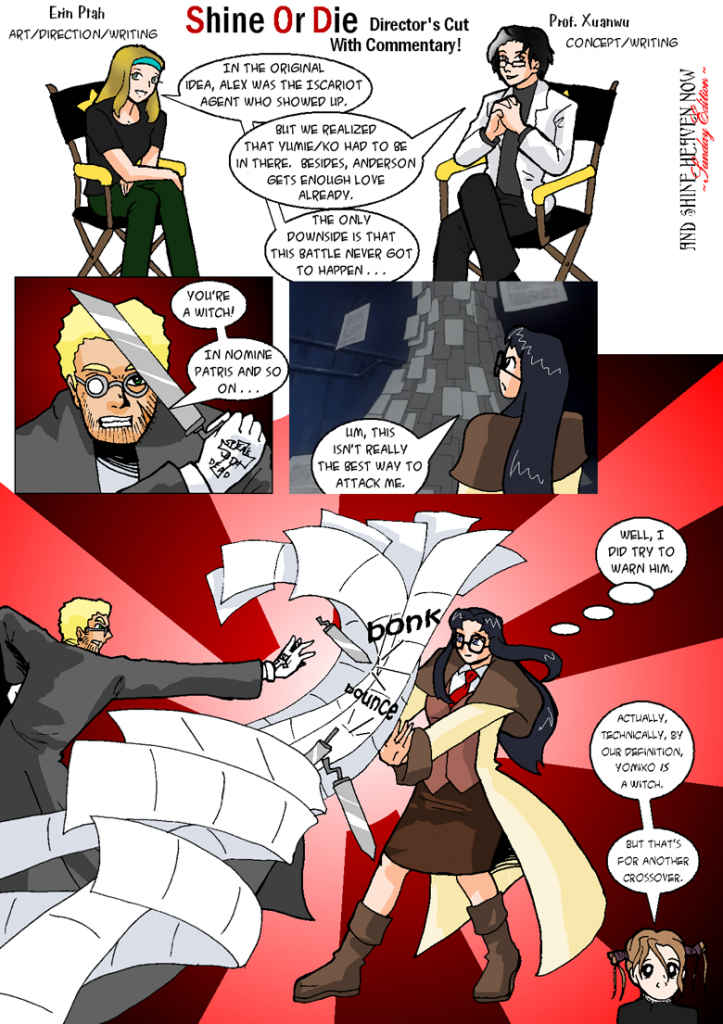 Erin: In the original idea, Alex was the Iscariot agent who showed up.

Xuanwu: But we realized that Yumie/ko had to be in there. Besides, Anderson gets enough love already.

Erin: The only downside is that this battle never got to happen…

Anderson: You’re a witch! In nomine Patris and so on…

Yomiko: Um, this isn’t really the best way to attack me.

Yomiko (thinking): Well, I did try to warn him.

Robin: Actually, technically, by our definition, Yomiko is a witch. But that’s for another crossover.