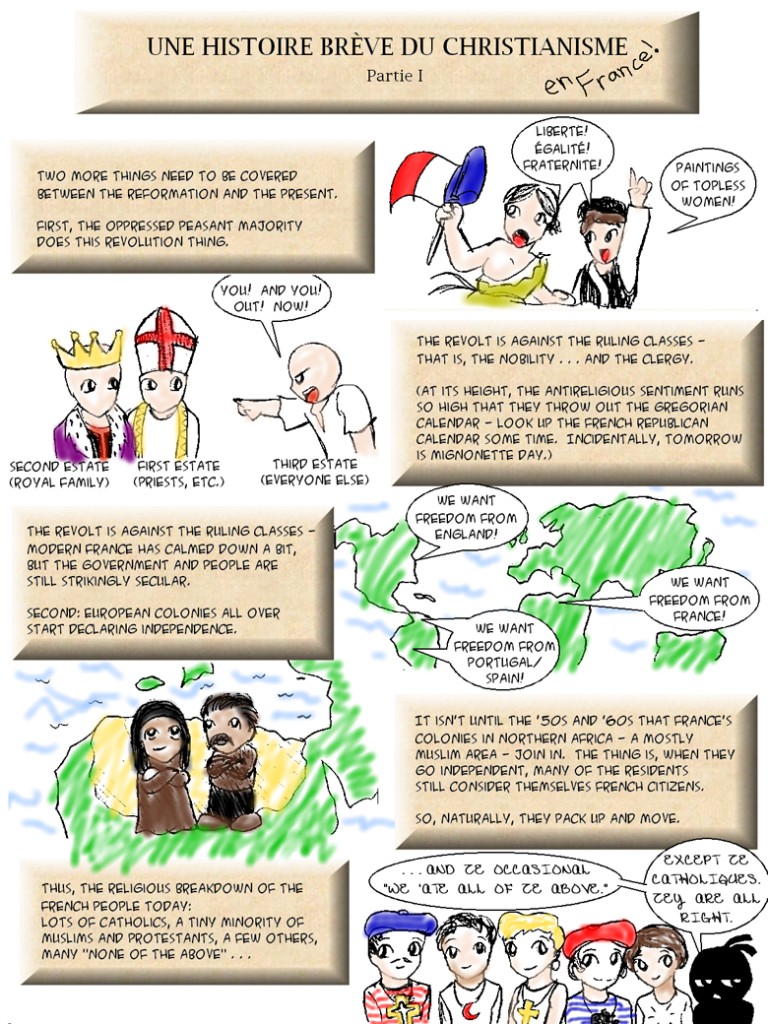 The French government doesn’t keep religious statistics on its citizens, but the US government puts the number of Catholics at over 80%, and a good third said when polled that “atheist” described them rather well. So there’s a significant amount of overlap among those who identify with Catholic culture and traditions, but don’t actually believe in the God.

Two more things need to be covered between the Reformation and the present. First, the oppressed peasant majority does this revolution thing.

Second Estate (royal family)
First Estate (priests, etc)
Third Estate (everyone else): You! And you! Out! Now!

The revolt is against the ruling classes — that is, the nobility — and the clergy.

(At its height, the antireligious sentiment runs so high that they throw out the Gregorian calendar — look up the French Republican Calendar some time. Incidentally, tomorrow is mignonette day.)

Modern France has calmed down a bit, but the government and the people are still strikingly secular.

It isn’t until the ’50s and ’60s that France’s colonies in Northern Africa — a mostly Muslim area — join in. The thing is, when they go independent, many of the residents still consider themselves French citizens. So, naturally, they pack up and move.

Thus, the religious breakdown of the French people today: lots of Catholics, a tiny minority of Muslims and Protestants, a few others, many “none of the above”…

Madeline: …and ze occasional “we ‘ate all of ze above.” Except ze Catholiques. Zey are all right.