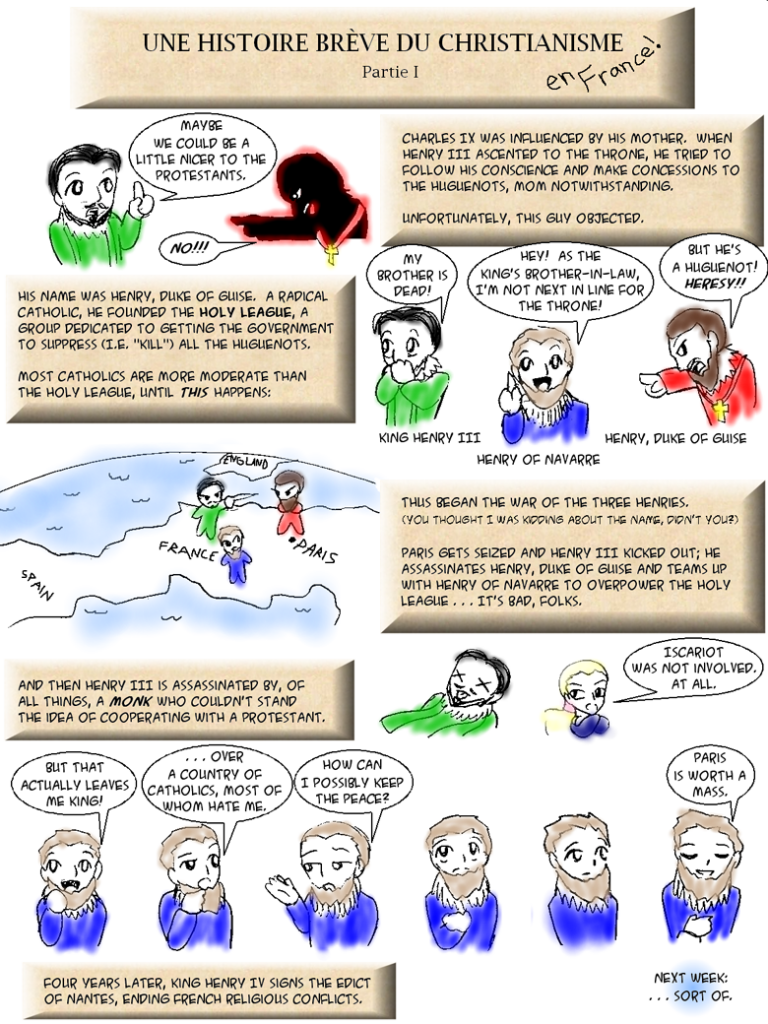 King Henry: Maybe we could be a little nicer to the Protestants.

Charles IX was influenced by his mother. When Henry III ascended to the throne, he tried to follow his conscience and make concessions to the Huguenots, Mom notwithstanding. Unfortunately, this guy objected.

His name was Henry, Duke of Guise. A radical catholic, he founded the Holy League, a group dedicated to getting the government to suppress (i.e. “kill”) all the Huguenots. Most Catholics are more moderate than the Holy League, until this happens:

King Henry: My brother is dead!

Henry of Navarre: Hey! As the King’s brother-in-law, I’m now next in line for the throne!

Thus began the War of the Three Henries. (You thought I was kidding about the name, didn’t you.)

Paris gets seized and Henry III kicked out; he assassinates Henry, Duke of Guise and teams up with Henry of Navarre to overpower the Holy League…it’s bad, folks.

And then Henry III is assassinated by, of all things, a monk who couldn’t stand the idea of cooperating with a Protestant.

Enrico: Iscariot was not involved. At all.

Henry of Navarre: But that actually leaves me king!

…over a country of Catholics, most of whom hate me.

How can I possibly keep the peace?

…Paris is worth a Mass.

Next week: …sort of.