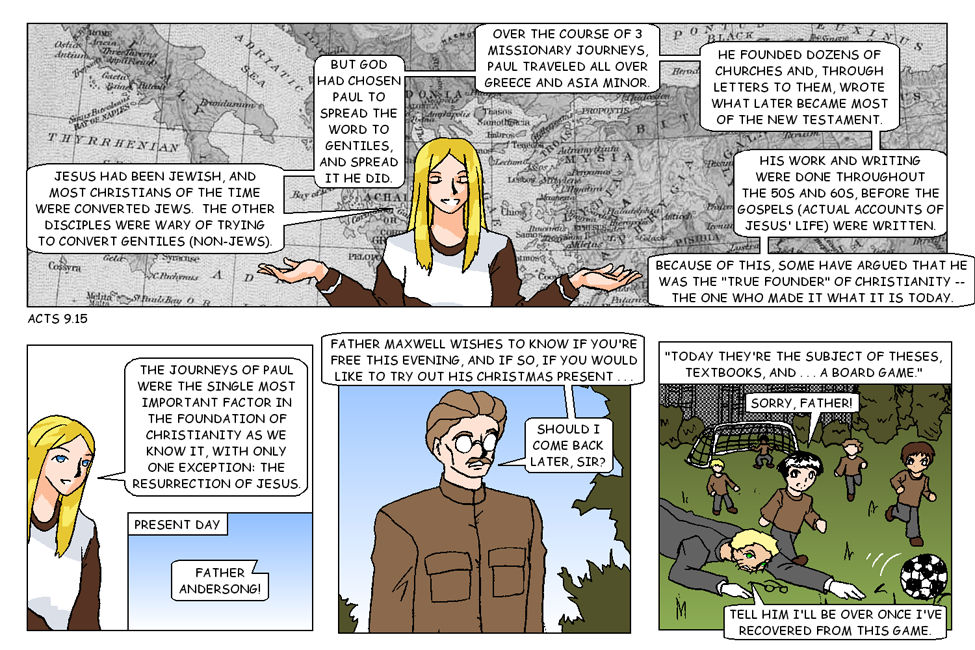 Mom: Jesus had been Jewish, and most Christians of the time were converted Jews. The other disciples were wary of trying to convert gentiles (non-Jews). But God had chosen Paul to spread the word to gentiles, and spread it he did.

Over the course of 3 missionary journeys, Paul traveled all over Greece and Asia Minor. He founded dozens of churches and, through letters to them, wrote what later became most of the New Testament.

His work and writing were done throughout the 50s and 60s, before the Gospels (actual accounts of Jesus’ life) were written. Because of this, some have argued that he was the “true founder” of Christianity — the one who made it what it is today.

The journeys of Paul were the single most important factor in the foundation of Christianity as we know it, with only one exception: the resurrection of Jesus.

Father Maxwell wishes to know if you’re free this evening, and if so, if you would like to try out his Christmas present…Should I come back later, sir?

Alex: Tell him I’ll be over once I’ve recovered from this game.