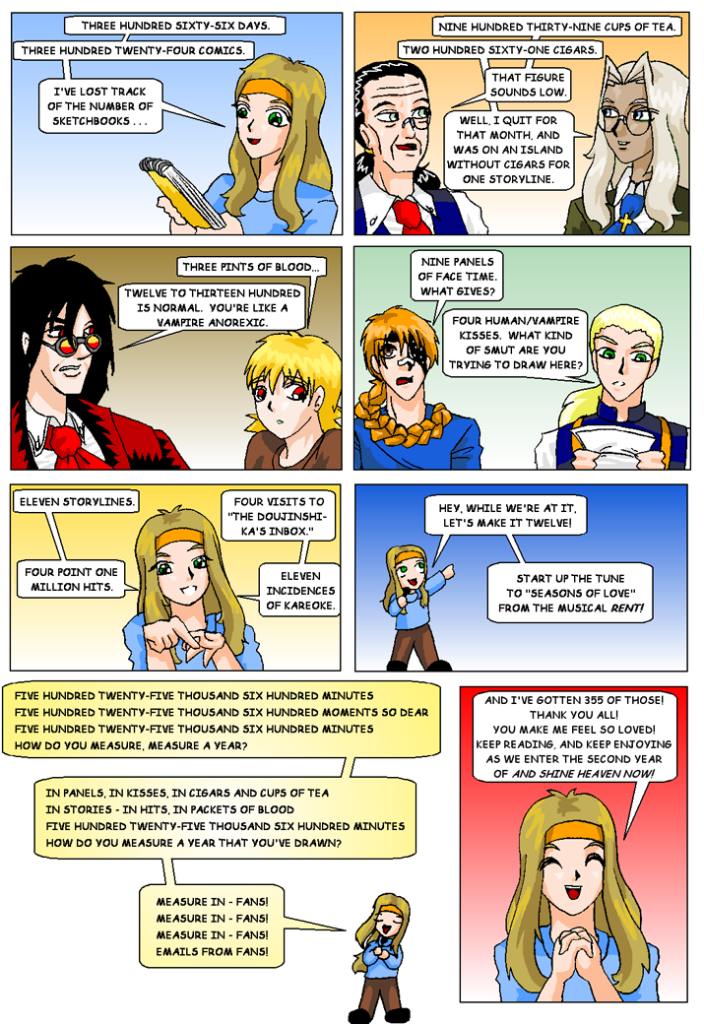 Integra: Well, I quit for that month, and was on an island without cigars for one storyline.

Alucard: Twelve to thirteen hundred is normal. You’re like a vampire anorexic.

Enrico: Four human/vampire kisses. What kind of smut are you trying to draw here?

Erin: Eleven storylines. Four point one million hits. Four visits to “the doujinshi-ka’s inbox”. Eleven incidences of karaoke. Hey, while we’re at it, let’s make it twelve! Start up the tune to “Seasons of Love” from the musical Rent!

Erin: And I’ve gotten 355 of those! Thank you all! You make me feel so loved! Keep reading, and keep enjoying as we enter the second year of And Shine Heaven Now!