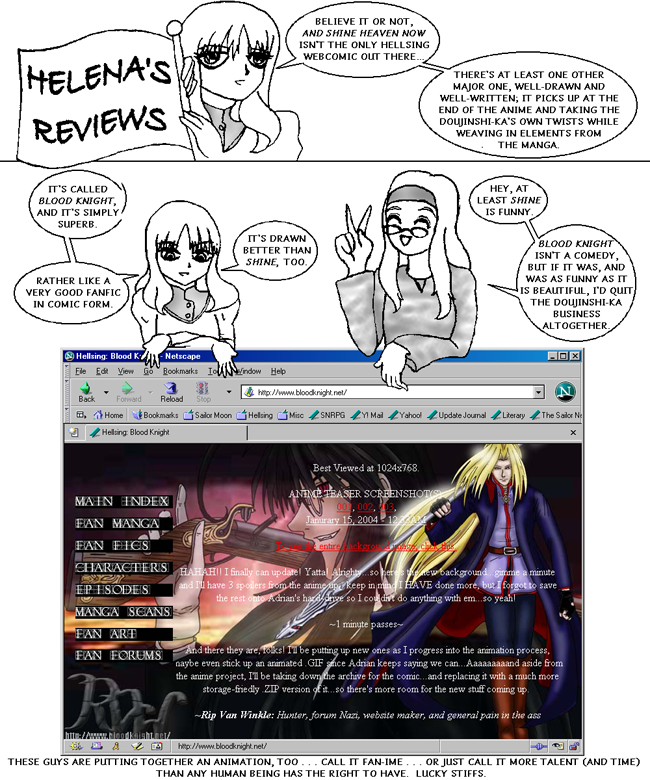 Note from The Future: The original webcomic Blood Knight is no longer available online. However, it’s been reworked as an original light novel by Dante Crossroad.

Helena: Believe it or not, And Shine Heaven Now isn’t the only Hellsing webcomic out there…There’s at least one other major one, well-drawn and well-written; it picks up at the end of the anime and takes the doujinshi-ka’s own twists while weaving in elements from the manga.

It’s called Blood Knight, and it’s simply superb. Rather like a very good fanfic in comic form. It’s better drawn than Shine too.

Erin: Hey, at least Shine is funny. Blood Knight isn’t a comedy, but if it was, and was as funny as it is beautiful, I’d quit the doujinshi-ka business altogether.