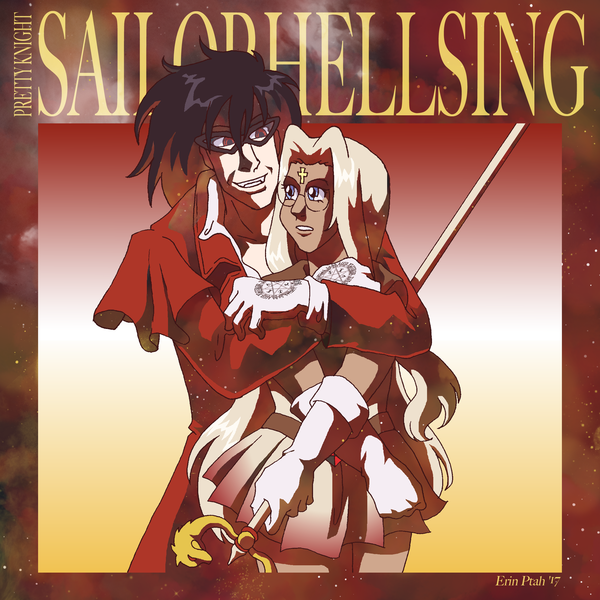 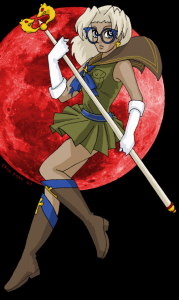 Sir Integral (Integra to her friends) is the heroine of our story. Despite her chronic troubles with waking up on time for school, she manages academia well considering her other duties. Integra has inherited the leadership of the Hellsing organization and the powers of a Sailor Knight, and rises to the challenge.

Integra works hard and pressures everyone, herself most of all. She won’t tolerate weakness or stupidity. She makes for a strict leader – perhaps sometimes too strict – but nobody can say she ever lets herself off easily when things go wrong. She’s proud of her organization, her family, her country, and her religion.

Integra loathes vampires in general, but she comes to accept the mysterious masked one who keeps showing up to save her and her companions, as well as, eventually, Seras. This doesn’t keep her from being ruthless in her dealings with the rest of them, though. With Walter as her right-hand man, she and her organization are out to exterminate them all. (Amen.)