Just so you know where to look for what screenshots and which scans, here’s a brief rundown of the contents of the tankōbon and DVDs.

Every DVD contains a collection of concept art, and some trailers for other Geneon (then Pioneer) releases – plus of course the original Japanese audio, the English dub, and optional English subtitles. 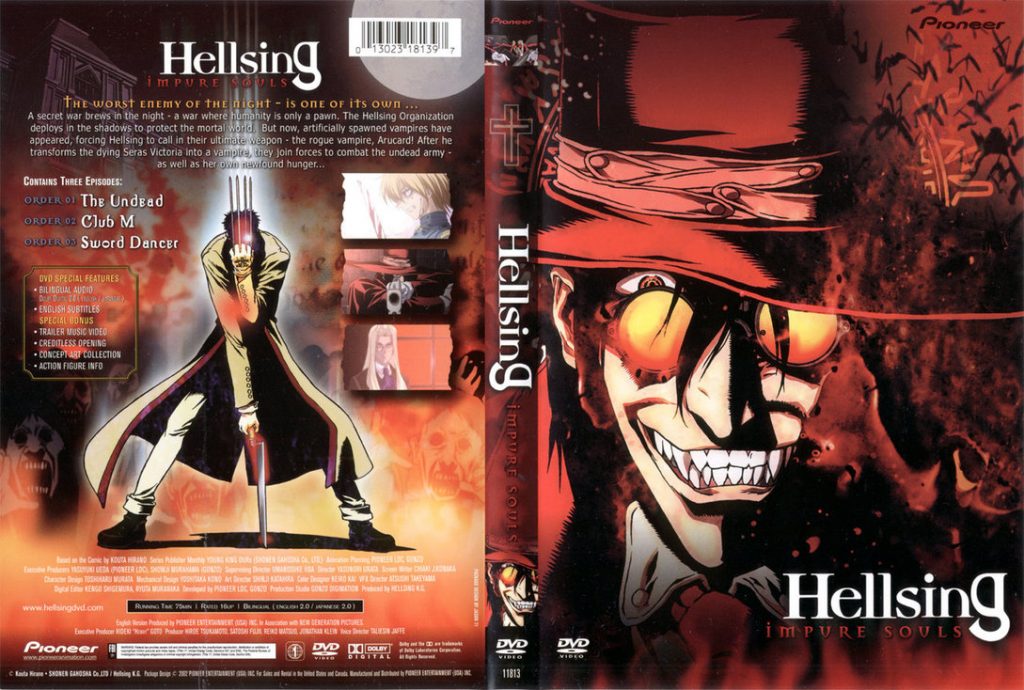 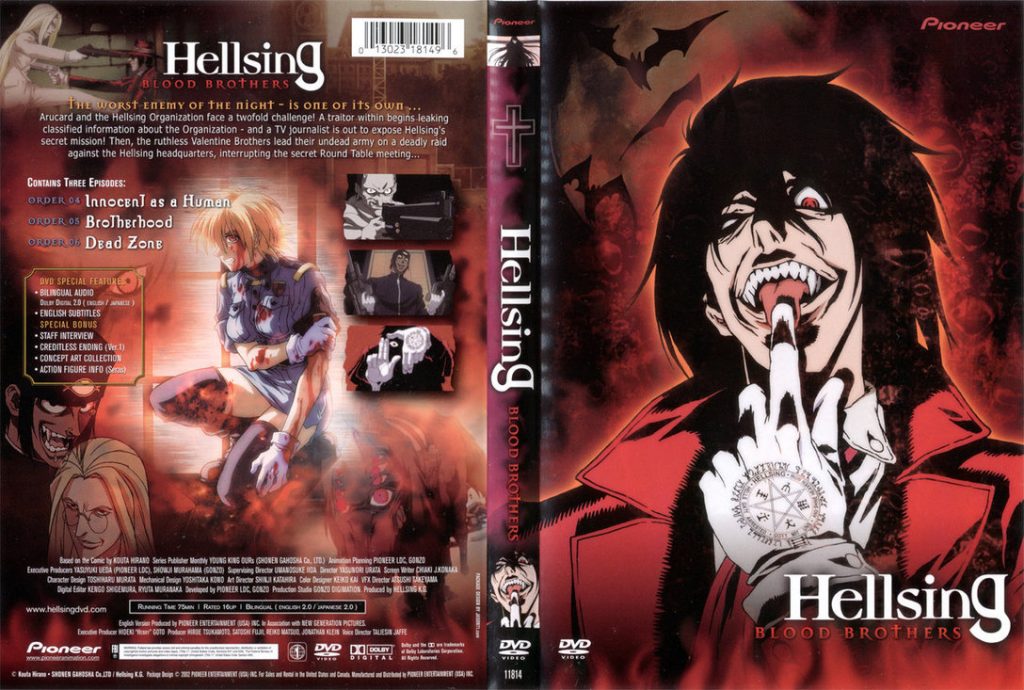 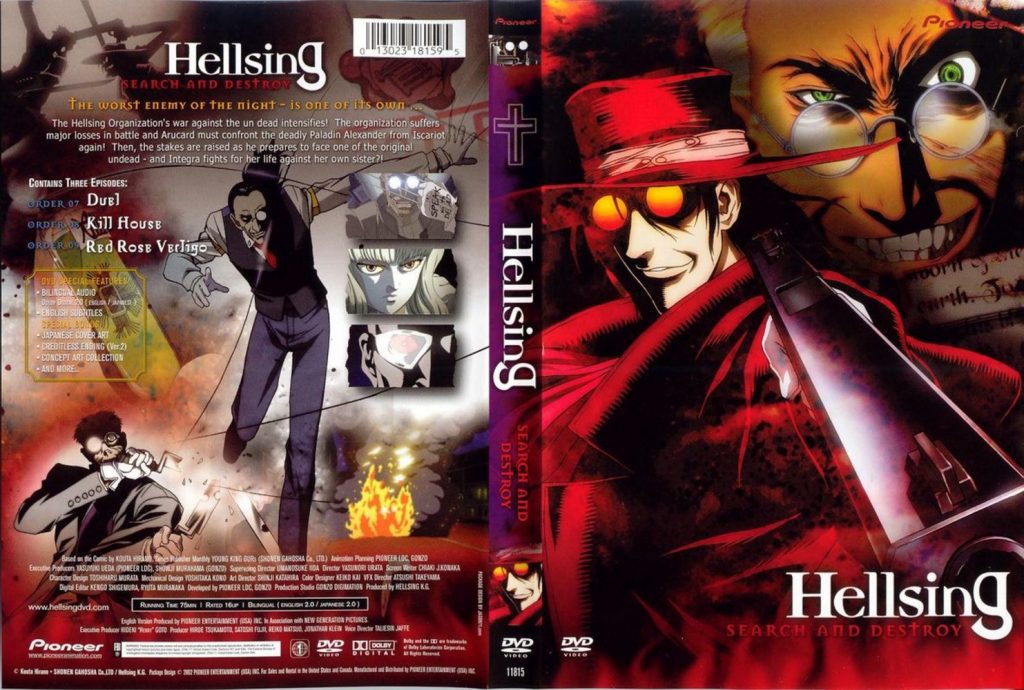 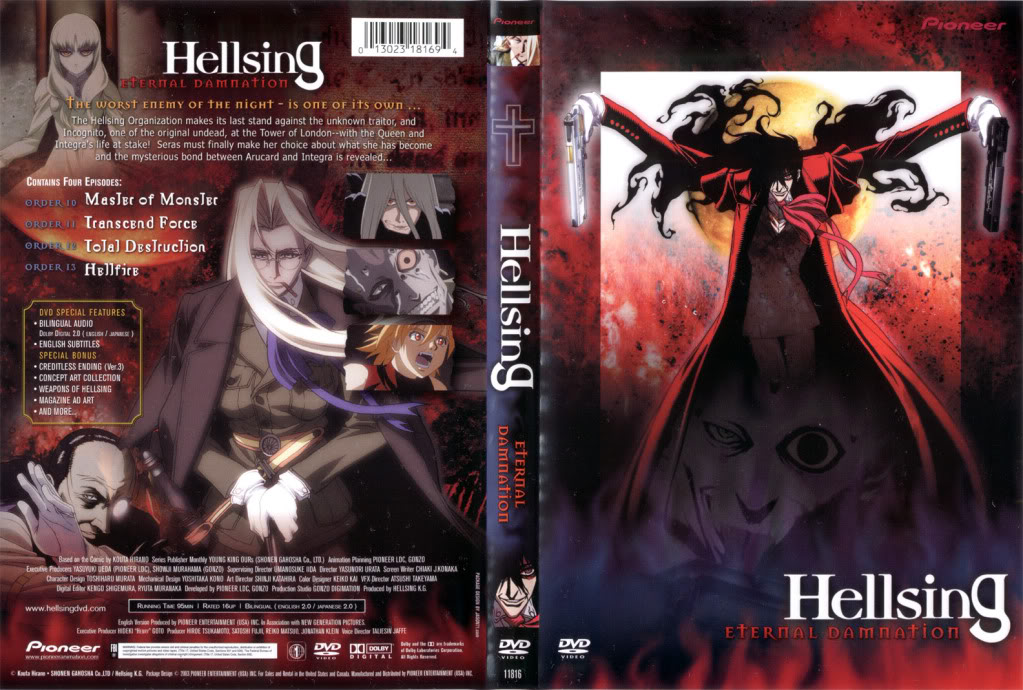 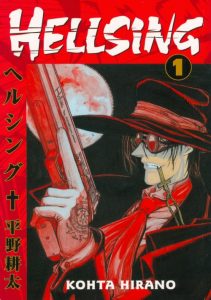 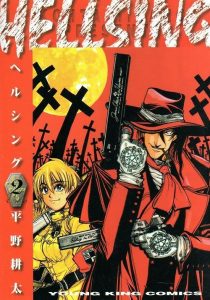 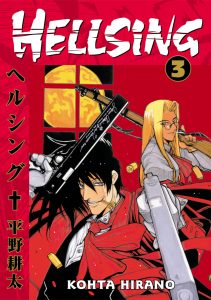 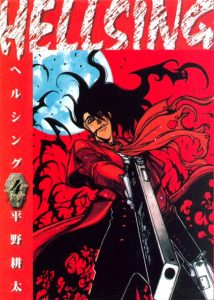 01 – Elevator Action 6 (Flashback: Integra gets advice from her father; The Dandy defeated)
02 – Age of Empire 1 (Enrico interrogates Vatican authority on the Vatican’s Millennium connections)
03 – Age of Empire 2 (Millennium discusses plans; Alucard, Seras, Pip plan to get out of Brazil)
04 – Age of Empire 3 (Higher-ranking Nazi officers than the Major show up, try to muscle him out; Major has them eaten)
05 – Call to Power (Alucard has dream-flashback to capture by Van Helsing; Schrödinger crashes special Round Table meeting with the Queen, delivers message from the Major)
06 – Ultima On Line (Major finishes message; Schrö shot; Hellsing given royal order to defeat Millennium)
07 – D 1 (Alex fights off Millennium agents tailing him, complains; Schrö snarks; Millennium advances on H.M.S. Eagle)
08 – D 2 (Rip takes over H.M.S. Eagle; Seras attempts to eat until ordered to drink some of Integra’s blood)
09 – D 3 (Rip finishes takeover; Major makes his famous “I Like War” speech; Operation Seelöwe – the advance on England – begins) 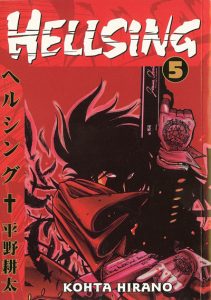 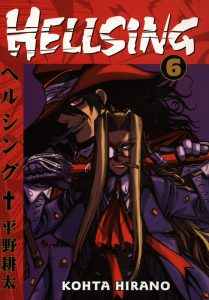 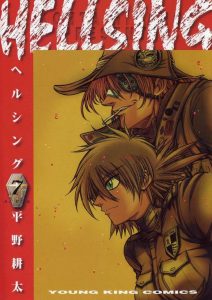 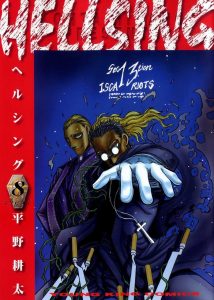 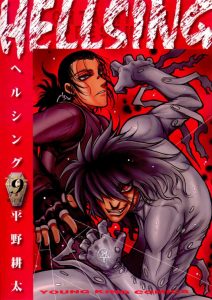 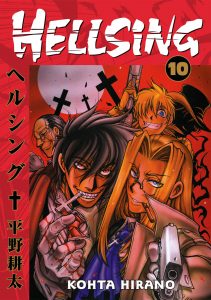