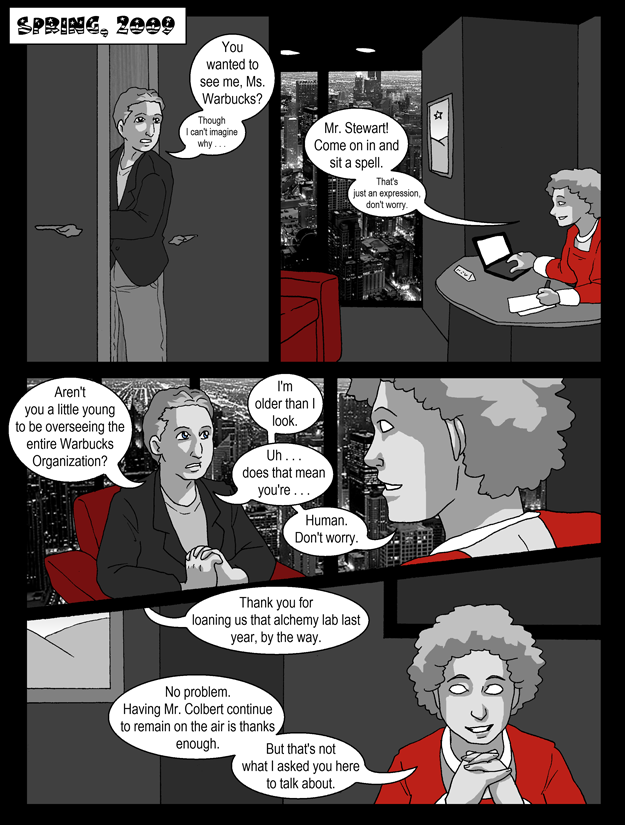 Flashing back to fourteen months earlier. That’s Ann Warbucks, owner of the laboratory in which Stephen’s powers were sealed.

Jon: You wanted to see me, Ms. Warbucks? Though I can’t imagine why…

Ann: Mr. Stewart! Come on in and sit a spell. That’s just an expression, don’t worry.

Jon: Aren’t you a little young to be overseeing the entire Warbucks Organization?

Ann: I’m older than I look.

Jon: Thank you for loaning us that alchemy lab last year, by the way.

Ann: No problem. Having Mr. Colbert continue to remain on the air is thanks enough. But that’s not what I asked you here to talk about.