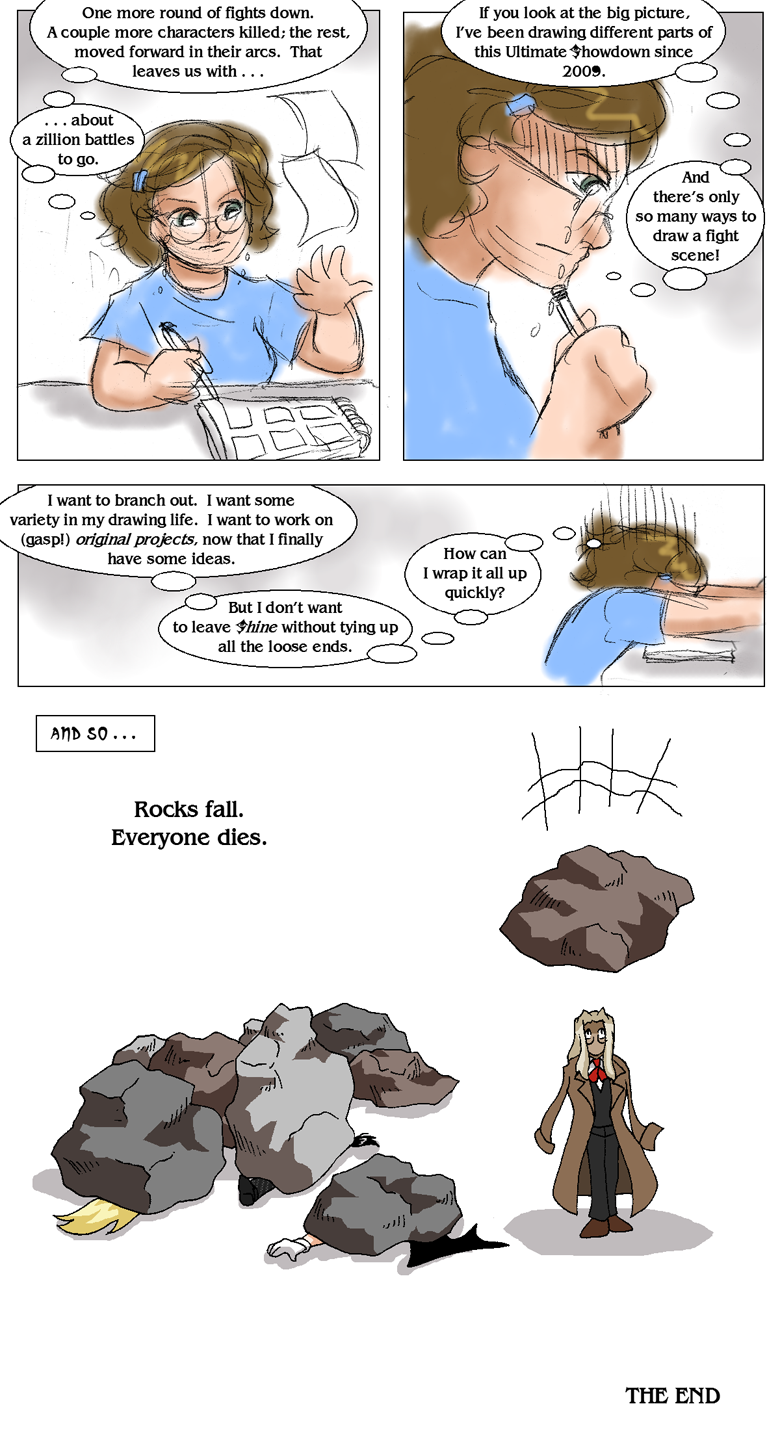 Erin (thinking): One more round of fights down. A couple of characters killed; the rest, moved forward in their arcs. That leaves us with…about a zillion battles to go.

If you look at the big picture, I’ve been drawing different parts of this Ultimate Showdown since 2009. And there’s only so many ways to draw a fight scene!

I want to branch out. I want some variety in my drawing life. I want to work on (gasp!) original projects, now that I finally have some ideas. But I don’t want to leave Shine without tying up all the loose ends. How can I wrap it up all quickly?

Rocks fall. Everyone dies. THE END

“Rocks fall. Everyone Dies.”? Well, it was a nice comic while it lasted. Though now I guess we need something else to talk about here. 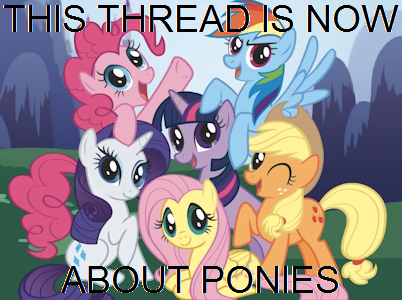 Oh my god, someone was just telling me the other day about Derpy Hooves too.

I love ponies! Like, they’re so totally awesome! And today I painted my house pink!

Oh well, it’s sad to see Integra go out like that.

This is the only sane reaction I can have.

Normally I would rant and rave about how April Fools Day makes me want choke the life’s breath out of everyone and everything. However, this gag is between chapters, rather than pushing aside a viable plot update, so it gets a pass. *Several minutes pass* …and it seems to be the only comic I read that even DID one this year. *More time passes* Err… My bad. Mushroom Go is ALSO doing one today, but since they normally don’t even UPDATE on Fridays, I guess that doesn’t really count.

…yah. I can’t even remember what I was posting about beyond “April Fools Day is evil and must die a slow and painful death”. I think I should go to bed now.

It’s amazing just how much fanon has popped up around a random googly-eyed background character. I still have no idea where they got the concept of her being a mailpony. The only time I noticed her was when she accidentally dropped a bunch of objects from a moving truck on Twilight Sparkle.

Silly boulder, you cannot kill Integra. She eats falling boulders for breakfast.
…Not literally, but she could if she wanted.

(looks at calendar… then turns the page)