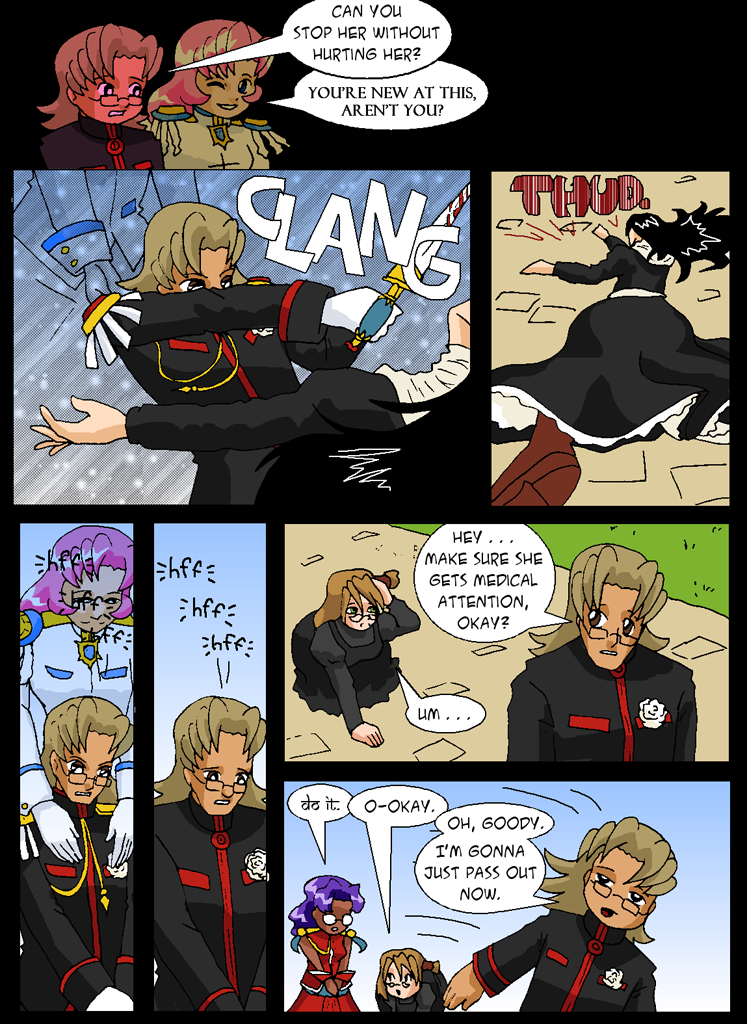 Timothy: Can you stop her without hurting her?

Utena: You’re new at this, aren’t you?

Timothy: Hey…make sure she gets medical attention, okay?

Okay, so the battle’s over, Utena’s gone and Timothy’s passed out. Is there any way the guy’s going to get out of this without any reprecussions?

Well, Heinkel was out cold. So only Yumie knows Tim struck her. Consider a) I doubt people would believe Tim could defeat Yumie in combat and b) Yumie probably doesn’t want people to know she lost. Also, it’d be embarrassing to Yumiko if she mentioned anything. So this whole thing will probably go under the radar.

Next storyline: How Section 13 get Yumie out of the asylum.

You know… with all this speculation on the aftermath of Timothy’s battle with Yumie that I started, there are two matters we’ve overlooked, namely the matters of the students of the Lillian School, not to mention how Yumiko’s grande souer’s view of her petite souer now that she’s seen Yumie. Any comments? 😕

Well, maybe Timmy put on his sunglasses draws one of this funny-flashy-sticks out of his pocket and erases the minds of the witnesses. ^^ 😀

No, i think the vatican has plans for such a situation.