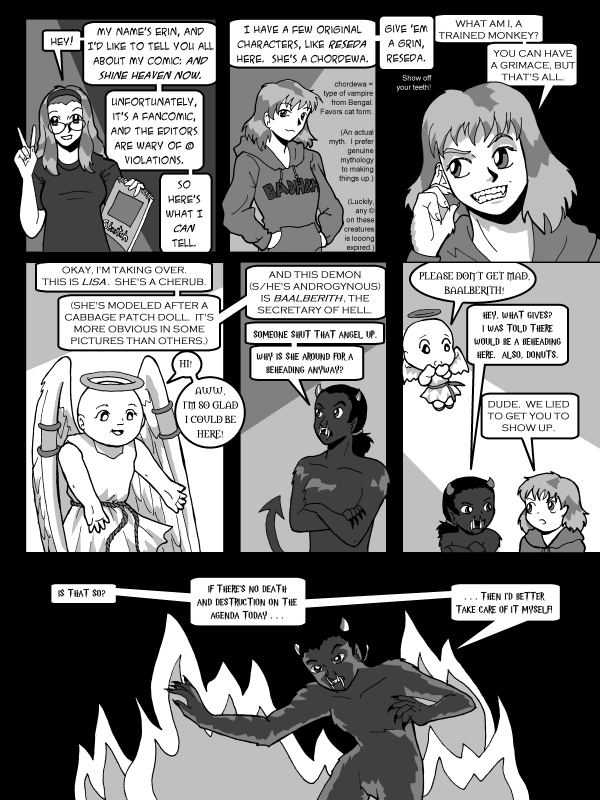 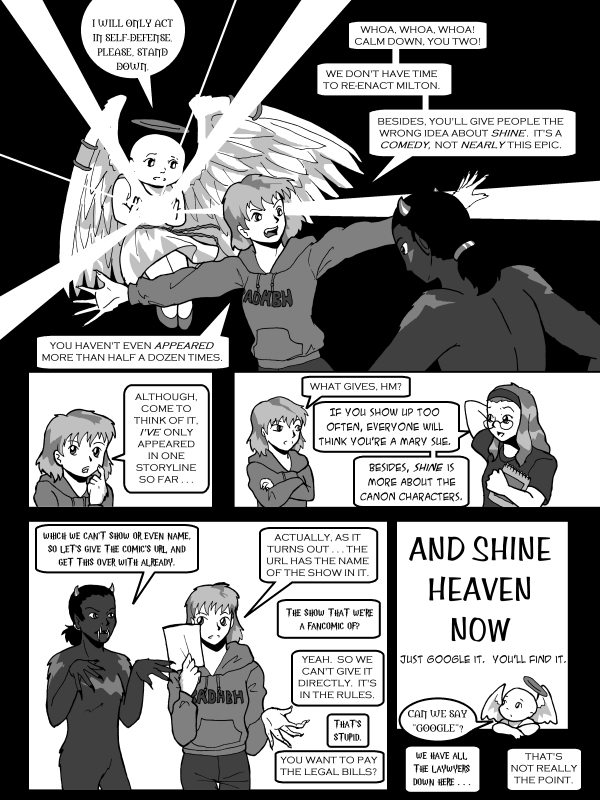 Drawn for a compilation way back when ComicGenesis was Keenspace (and the only URL for the site was “hellsing.keenspace.com”).

Erin: Hey! My name’s Erin, and I’d like to tell you all about my comic: And Shine Heaven Now. Unfortunately, it’s a fancomic, and the editors are wary of copyright violations. So here’s what I can tell.

I have a few original characters, like Reseda here. She’s a chordewa.

chordewa = type of vampire from Bengal. Favors cat form.
(An actual myth. I prefer genuine mythology to making things up.)
(Luckily, any copyright on these creatures is looong expired.)

Reseda: What am I, a trained monkey? You can have a grimace, but that’s all.

Okay, I’m taking over. This is Lisa. She’s a cherub. (She’s modeled after a Cabbage Patch doll. It’s more obvious in some pictures than others.)

Reseda: And this demon (s/he’s androgynous) is Baalberith, the secretary of Hell.

Baalberith: Someone shut that angel up. Why is she around for a beheading, anyway?

Baalberith? Hey, what gives? I was told there would be a beheading here. Also, donuts.

Reseda: Dude, we lied to get you to show up.

Baalberith: Is that so? If there’s no death and destruction on the agenda today…then I’d better take care of it myself!

Lisa: I will only act in self-defense. Please, stand down.

Reseda: Whoa, whoa, whoa! Calm down, you two! We don’t have time to re-enact Milton. Besides, you’ll give people the wrong idea about Shine. It’s a comedy, not nearly this epic. You haven’t even appeared more than half a dozen times!

Although, come to think of it, I’ve only appeared in one storyline so far…

Erin: If you show up too often, everyone will think you’re a Mary Sue. Besides, Shine is more about the canon characters.

Ballaberith: Which we can’t show, or even name. So let’s give the comic’s URL and get this over with already.

Reseda: Actually, as it turns out…the URL has the name of the show in it.

Reseda: Yeah. So we can’t give it directly. It’s in the rules.

Reseda: You want to pay the legal bills?

AND SHINE HEAVEN NOW:
Just google it. You’ll find it.

Baalberith: We have all the lawyers down here…

Reseda: That’s not really the point. 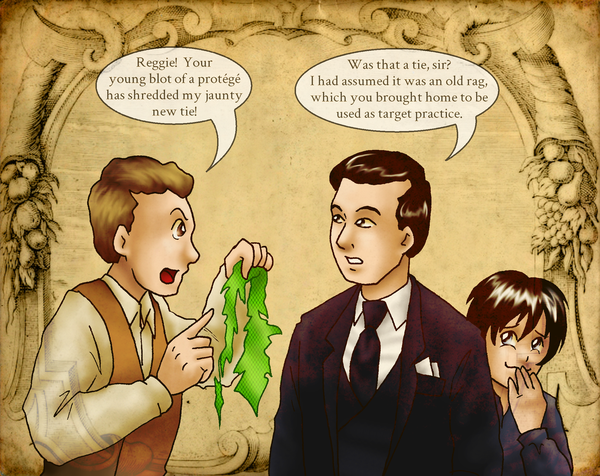 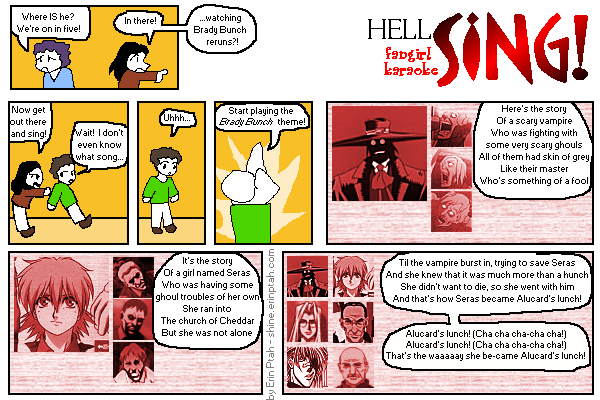 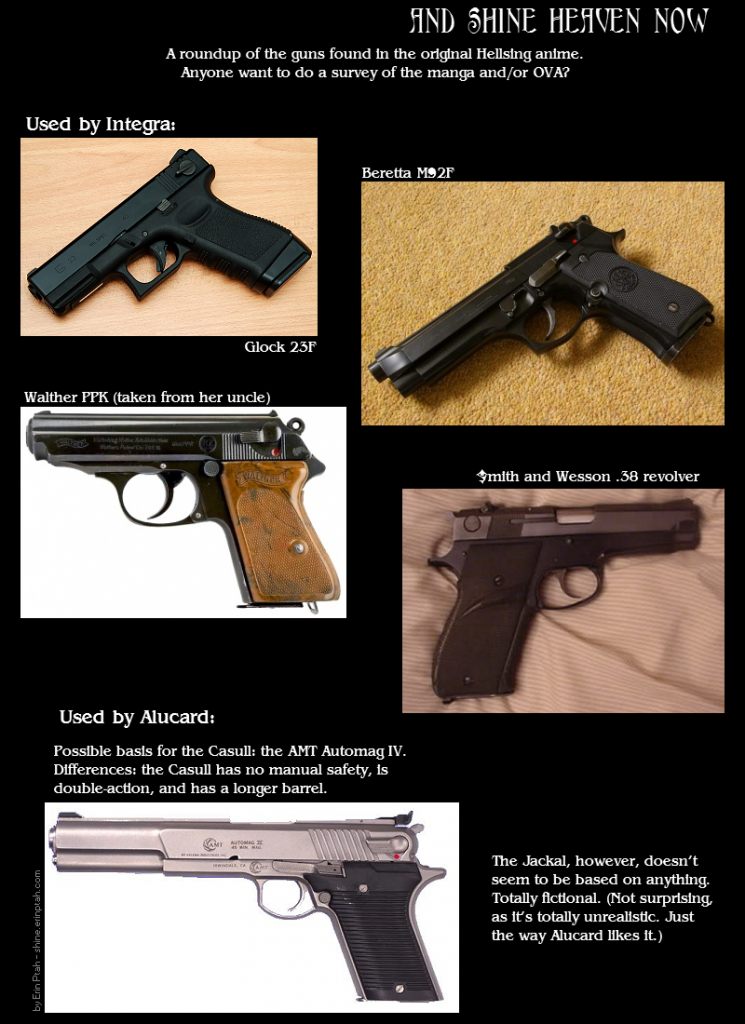 Correction: I’ve been informed that this is an actual Smith & Wesson revolver. Depicted is a semi-automatic pistol. If you want more/better information, go see IMFDB’s Hellsing page.

A roundup of the guns found in the original Hellsing anime. Anyone want to do a survey of the manga and/or OVA?

Walther PPK (taken from her uncle)

Possible basis for the Casull: the AMT Automag IV. Differences: the Casull has no manual safety, is double-action, and has a longer barrel.

The Jackal, however, doesn’t seem to be based on anything. Totally fictional. (Not surprising, as it’s totally unrealistic. Just the way Alucard likes it.)