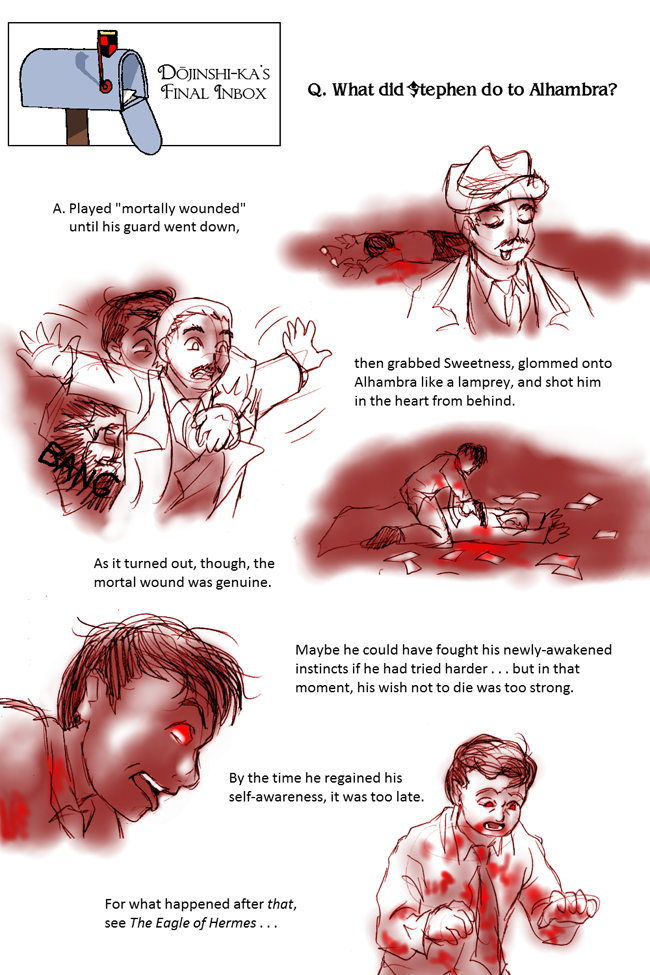 Q. What did Stephen do to Alhambra?

A. Played “mortally wounded” until his guard went down, then grabbed Sweetness, glommed onto Alhambra like a lamprey, and shot him in the heart from behind.

As it turned out, though, the mortal wound was genuine. Maybe he could have fought his newly-awakened instincts if he had tried harder…but in that moment, his wish not to die was too strong.

By the time he regained his self-awareness, it was too late. For what happened after that, see The Eagle of Hermes…