Meanwhile, back at the big-name battle…

Anderson: I will stab you with my bayonets!

Alucard: Not before I shoot you with my big guns!

Marian: I’m glad this isn’t our fight. It’s way too phallic for me! 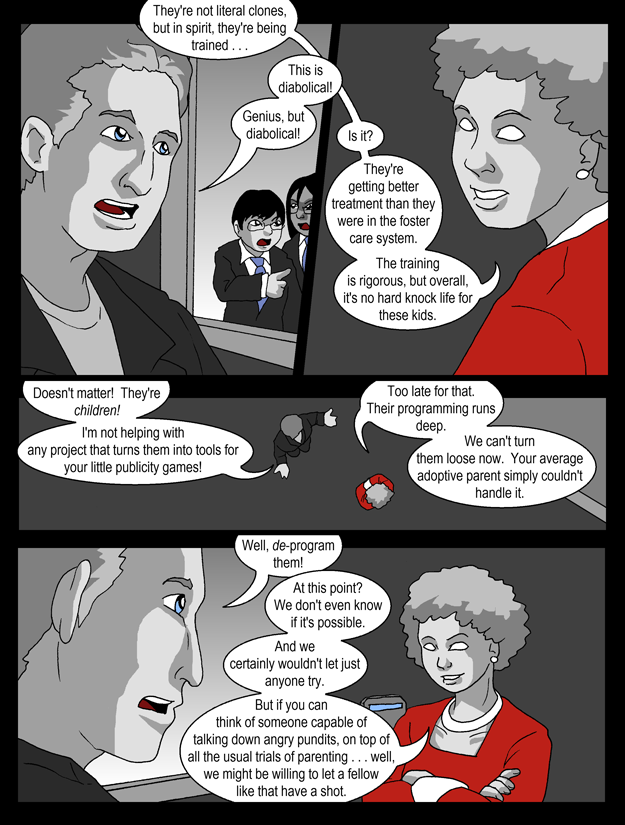