No, he doesn’t die. But he’s not going to be exactly living for much longer, either.

Again, The Eagle of Hermes has the rest, up to the night when Iscariot finds out just what their former agent has become….

Dandy: Oho! Your boss isn’t going to be happy about that.

Stephen: Yeah, well, when is Maxwell ever happy?

Dandy: In that case….

Dandy: …Let’s give him something to really be unhappy about. 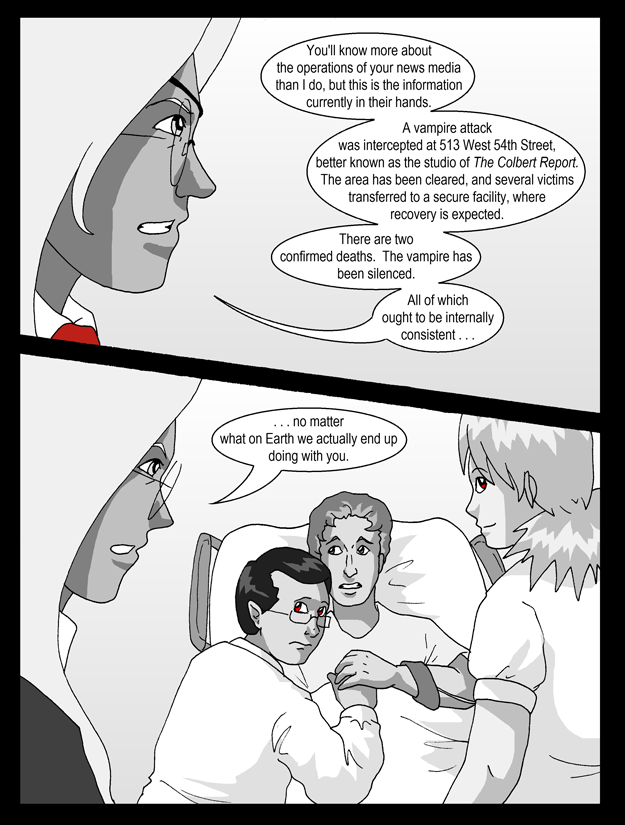