Jeeves: Has there been any sparkling? Have either of you two started to smell like freesia?

Jeeves: Then it’s not too late. The fangirls’ influence is strong, but not unbeatable. Fight it! 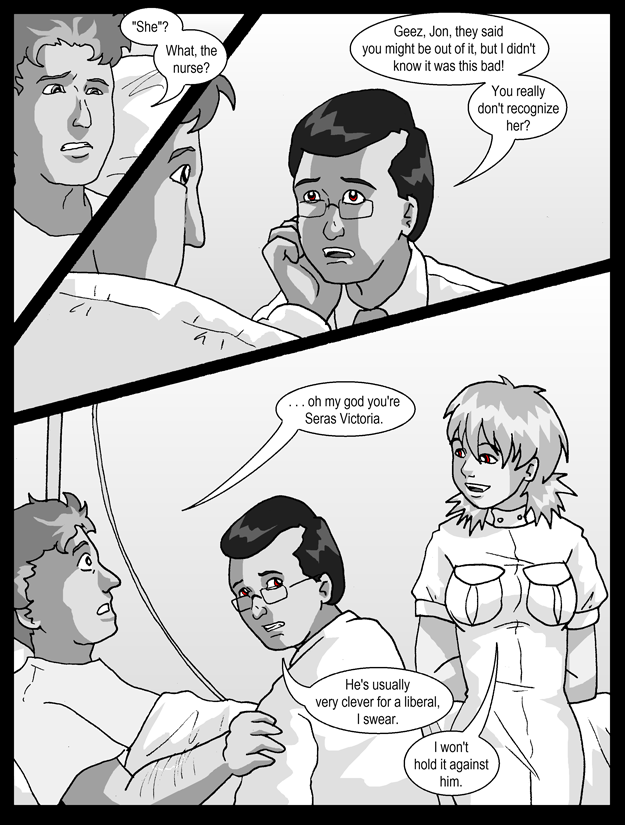 Seras is one of the world’s most famous people rarely seen. She’s made a couple of public appearances, enough so that there won’t be rampant speculation about what she looks like, but beyond that she maintains an air of mystique. For the most part, the general population thinks of her as a kind of icon, rather than an actual person.

Stephen: Geez, Jon, they said you might be out of it, but I didn’t know it was this bad! You really don’t recognize her?

Stephen: He’s usually very clever for a liberal, I swear.

Seras: I won’t hold it against him.