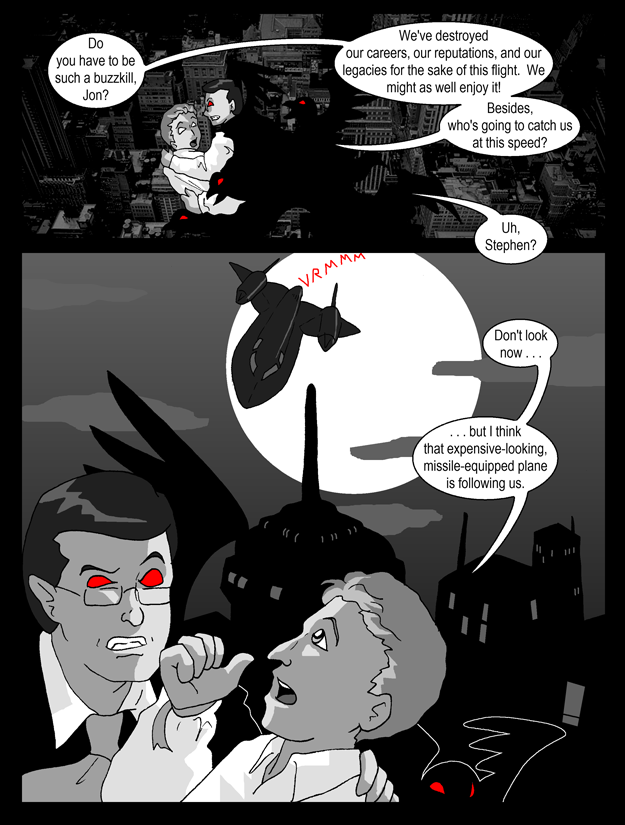 That’s a modified Lockheed SR-71 “Blackbird”, a design known in the Shineverse as the Incredibly Awesome Plane.

Stephen: Do you have to be such a buzzkill, Jon? We’ve destroyed our careers, our reputations, and our legacies, for the sake of this flight. We might as well enjoy it! Besides, who’s going to catch us at this speed?

Don’t look now…but I think that expensive-looking, missile-equipped plane is following us.

Fan: And others, cause humans are Trash, just eat them, especially those damn, canting, despicable Vatican-*Bleep*ers!

Which means it’ll take magic to get rid of them. How d’you like…holy water!

Walter: You’re going to tell me this isn’t holy water, aren’t you.

Girlycard: Only in the sense that Arthur often says “God, I needed that” after he drinks it.

Fan: They lie and rape but condemn others! If you ate them, they finally were useful!