Integra: Oh, for the love of — Vampire Nazis? Could you be any more of a cliché?

The only thing that would make it worse is if you threw in time travel.

Integra: Enough. We do not acknowledge you as an enemy. You are nothing but a group of terrorists, and we will do our job. Captain Bernadette. Now. 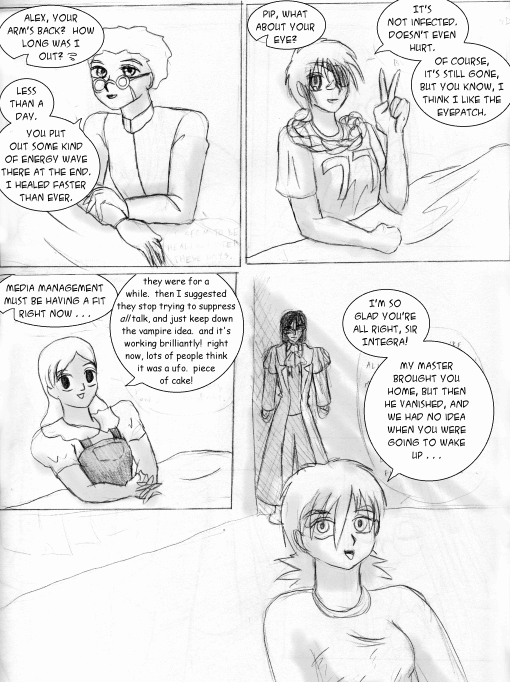