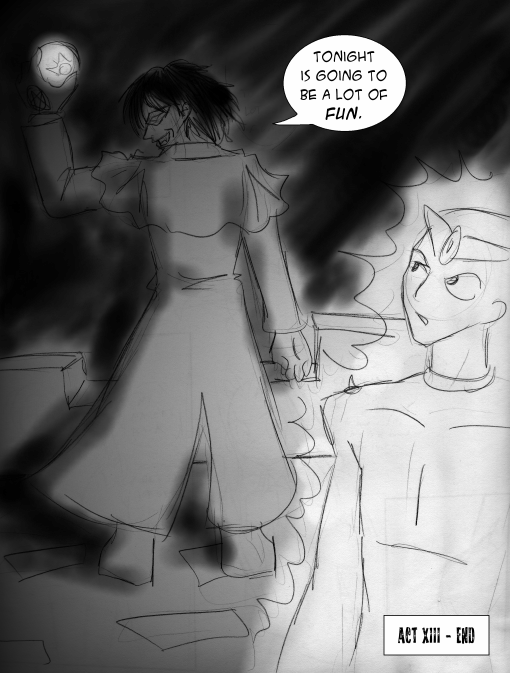 Alucard: Tonight is going to be a lot of fun. 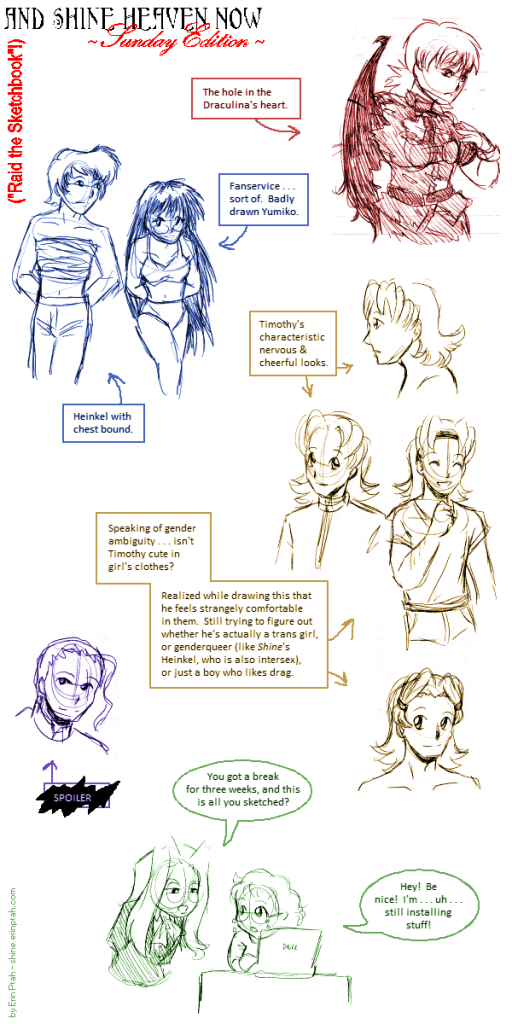 Quick round of definitions, in case some readers don’t know the terms:

Sex is genetic/biological; gender is mental/psychological. Intersex people are born with bodies that fall somewhere between male and female. For genderqueer people, the ambiguity is in the mind.

So transgendered people are people whose internal gender doesn’t match their physical body. If your gender does match your sex, that makes you cisgendered. Pretty much any combination of sex and gender is possible.

– The hole in the Draculina’s heart.
– Fanservice…sort of. Badly drawn Yumiko.
– Heinkel with chest bound.
– Timothy’s characteristic nervous & cheerful looks.
– Speaking of gender ambiguity…isn’t Timothy cute in girl’s clothes? Realized while drawing this that he feels strangely comfortable in them. Still trying to figure out whether he’s actually a trans girl, or genderqueer (like Shine’s Heinkel, who is also intersex), or just a boy who likes drag.
–

Integra: You got a break for three weeks, and this is all you sketched?
Erin: Hey! Be nice! I’m…uh…still installing stuff.