Seras: Just what I said. I can’t hear him, and neither can Sir Integra. One of our aircraft carriers is dead in the water. The Round Table is being alerted — we’re talking about possible war.

Pip: Hey, that reminds me — I had this dream…

Seras: Pip, this is serious! I’ll listen to your story later! 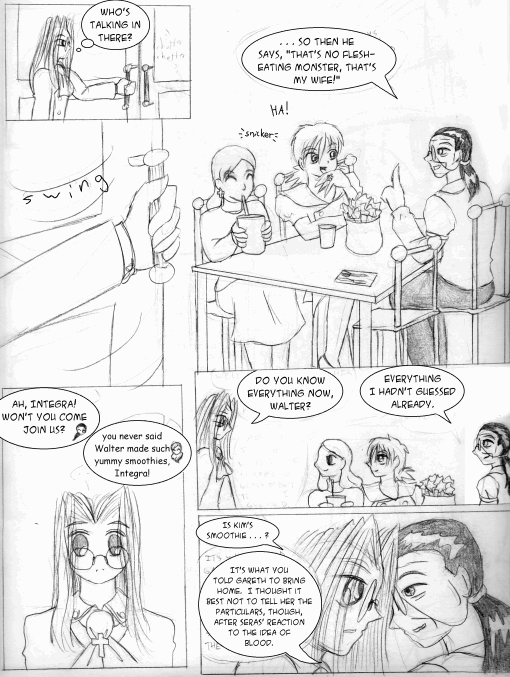 Integra (thinking): Who’s talking in there?

Walter: …so then he says, “That’s no flesh-eating monster, that’s my wife!”

Kim: you never said Walter made such yummy smoothies, Integra!

Integra: Do you know everything now, Walter?

Walter: Everything I hadn’t guessed already.

Walter: It’s what you told Gareth to bring home. I thought it best not to tell her the particulars, though, after Seras’ reaction to the idea of blood.