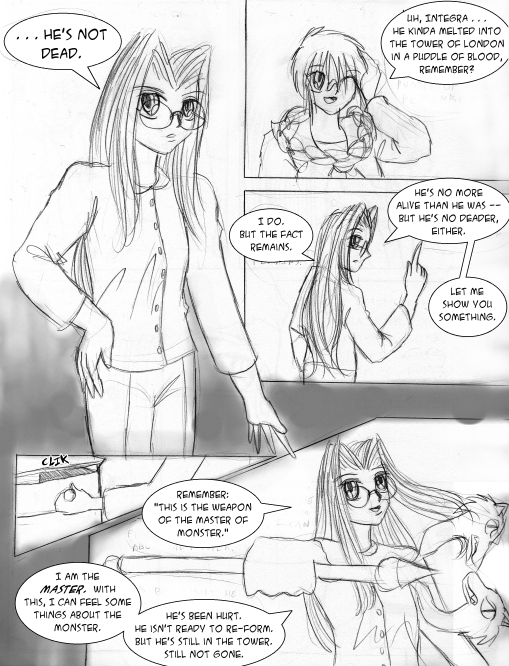 Pip: Uh, Integra…he kinda melted into the Tower of London in a puddle of blood, remember?

Integra: I do. But the fact remains. He’s no more alive than he was — but he’s no deader, either. Let me show you something.

Remember: “This is the weapon of the Master of Monster.” I am the Master. With this, I can feel some things about the Monster. He’s been hurt. He isn’t ready to re-form. But he’s still in the Tower. Still not gone.

Integra: Once you get there, though, be careful. If it is those two…

They’re more competent than the Valentine Brothers…more malicious than that chordewa…more focused than the baobhan sith…and smarter than the succubus. They leave our entire rogues’ gallery in the dust.