The Major gets pounced by DragonBlessed.

Major fan 1: Aaah! I don’t even know where to start. The Major is sort of short and fat

Major: …and very rude. We have to get rid of them.

Major fan 1: but that’s alright with me, since I’m short too. He’s just the cutest, weirdest, most fantastic little megalomaniac there ever was! Plus he’s German, and has a sexy accent and glasses and a fantastic grin that defies the laws of facial structure in humans!

Major fan 2: There’s a guy on DA who looks JUST LIKE YOU! He smiles like you, he grins like you… He even has your puffy cheeks. <3 And you are amazing in the OVA! You actually should like a evil swine and it makes me giggle with joy...In short, you scare me but I still love you. Major: ... [fizzle] Why don't you turn off the portal machine? 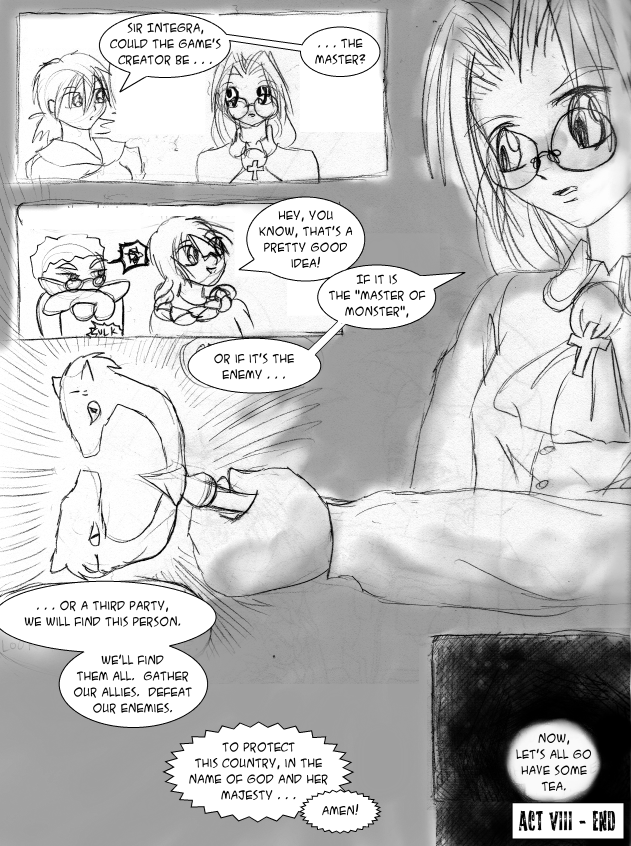 Integra: If it is the “Master of Monster,” or if it’s the enemy…

…or a third party, we will find this person. We’ll find them all. Gather our allies. Defeat our enemies.

To protect this country, in the name of God and Her Majesty…Amen!

Now, let’s all go have some tea.