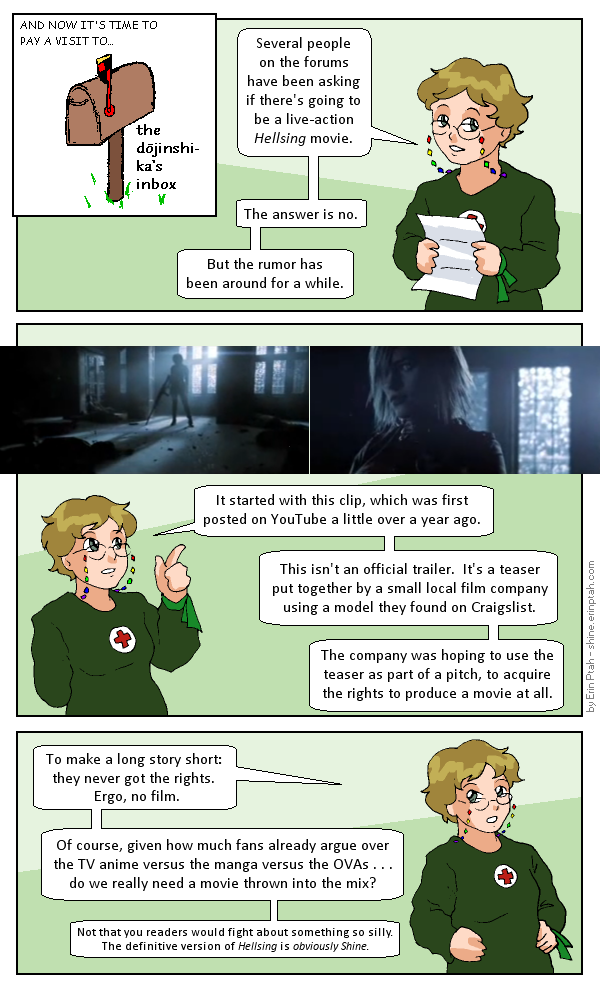 Rest assured that, if there ever is a proper live-action Hellsing movie, it will be all over my blog faster than you can say “Jack Black would be awesome as the Major.”

Erin: Several people on the forums have been asking if there’s going to be a live-action Hellsing movie. The answer is no. But the rumor has been around for a while.

It started with this clip, which was first posted on YouTube a little over a year ago. This isn’t an official trailer. It’s a teaser put together by a small local film company using a model they found on Craigslist. The company was hoping to use the teaser as part of a pitch, to acquire the rights to produce a movie at all.

To make a long story short: they never got the rights. Ergo, no film. Of course, given how much fans already argue over the TV anime versus the manga versus the OVAs…do we really need a movie thrown into the mix?

Not that you readers would fight about something so silly. The definitive version of Hellsing is obviously Shine. 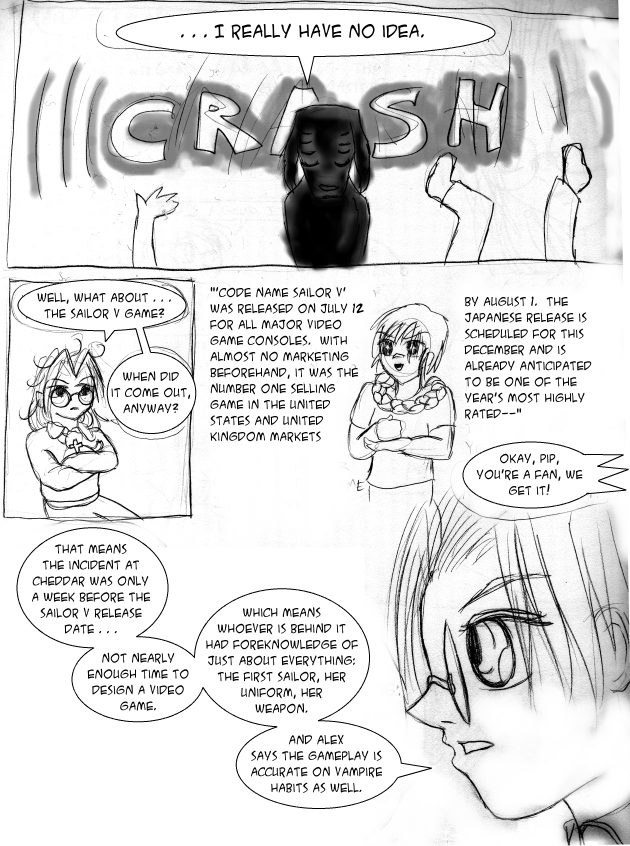 Alu: …I really have no idea.

Integra: Well, what about…the Sailor V game? When did it come out, anyway?

Pip: “Code Name Sailor V” was released on July 12 for all major video game consoles. With almost no marketing beforehand, it was the number one selling game in the United States and United Kingdom markets by August 1. The Japanese release is schedules for this December and is already anticipated to be one of the year’s most highly rated–

Integra: That meanas the incident at Cheddar was only a week before the Sailor V release date…Not nearly enough time to design a video game. Which means whoever is behind it had foreknowledge of just about everything: the first sailor, her uniform, her weapon. And Alex says the gameplay is accurate on vampire habits as well.