I fanboy sieges. I fanboy breaking through. I fanboy withdrawing. I fanboy cleaning up. I fanboy retreating.

In moors, on highways, in trenches, in plains, on tundra, in desert, on sea, in sky, in mud, in marshes…I am a fanboy of every aspect of war that takes place on this Earth. 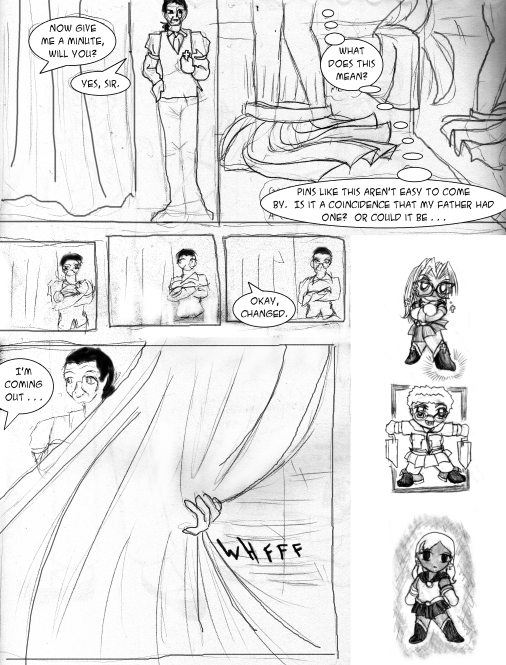 Integra: Now give me a minute, will you?

Integra (thinking): Pins like this aren’t easy to come by. Is it a coincidence that my father had one? Or could it be…

I am such a fanboy of war. 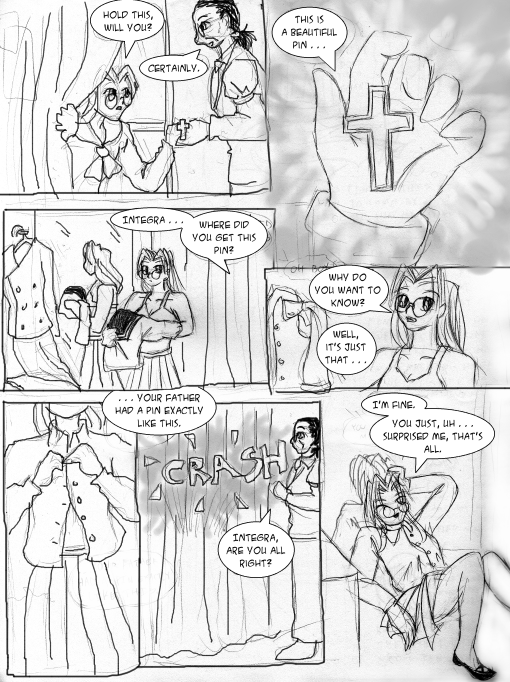 Integra: Hold this, will you?

This is a beautiful pin…Integra…Where did you get this pin?

Integra: Why do you want to know?

Integra, are you all right?

Integra: I’m fine. You just, uh…surprised me, that’s all. 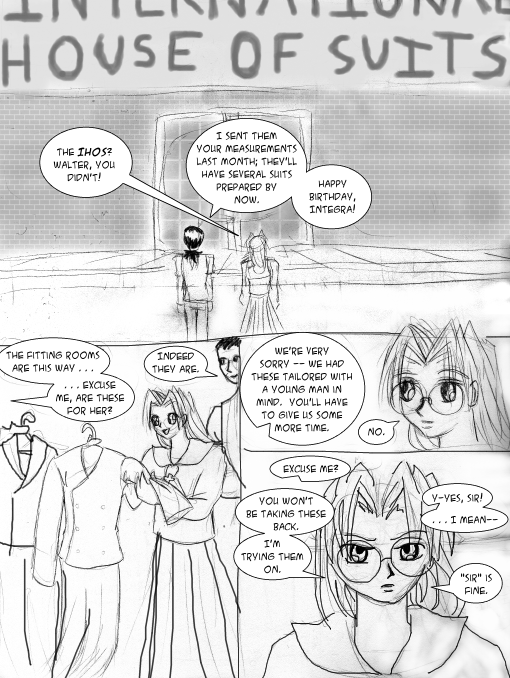 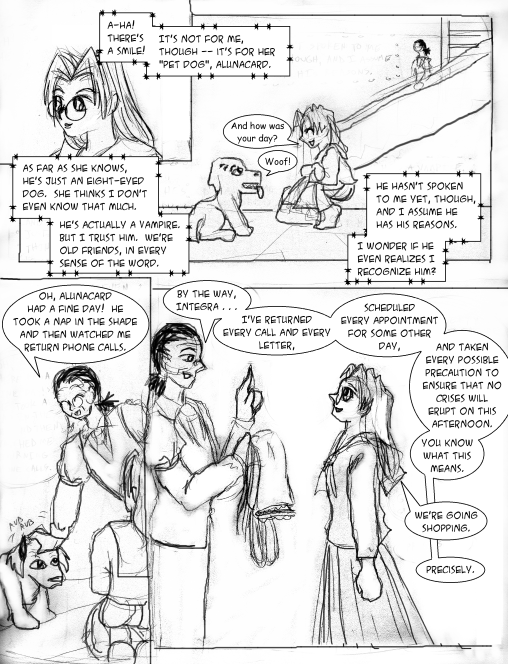 As far as she knows, he’s just an eight-eyed dog. She thinks I don’t even know that much. He’s actually a vampire, but I trust him. We’re old friends, in every sense of the word.

Integra: And how was your day?

Narration: He hasn’t spoken to me yet, though, and I assume he has his reasons. I wonder if he even realizes I recognize him?

Walter: Oh, Alunacard had a fine day! He took a nap in the shade and then watched me return phone calls.

By the way, Integra…I’ve returned every call and every letter, scheduled every appointment for some other day, and taken every possible precaution to ensure that no crises will erupt on this afteroon. You know what this means.

Meet the final Major fan, Herr Angel D, and prepare for an onslaught of Rip fans….

Major: Warrant officer Schrödinger, where do you recognize the fangirls from?

Major fan: O……M……G!!! FLUFFEH!!! I LOVE HERR MAJOR BECAUSE HE’S SHORT AND FLUFFY AND IS AMAZING I CANT BELIEVE I’M ACTUALLY TOUCHING HIM!!! WHY DO MORE PEOPLE NOT LOVE HIM LIKE HE DESERVES TO BE LOVED~!???!?!? WHY DOES INTEGRA NOT

They interrupted our body-swapping plot. And then Alucard turned into a catboy for a bit. We even have most of it on video, so–

Schrödinger: Rip Van! Ooh, this is gonna be fun! 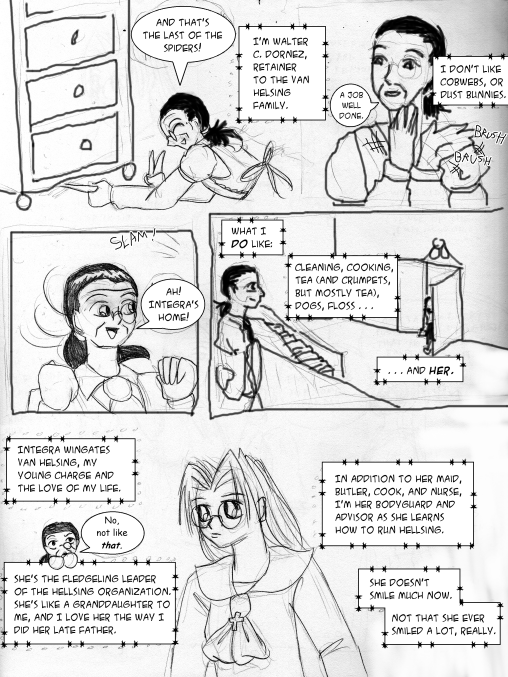 Walter: And that’s the last of the spiders!

Narration: What I do like: Cleaing, cooking, tea (and crumpets, but mostly tea), dogs, floss…and her.

Integra Wingates Van Helsing, my young charge and the love of my life. [No, not like that.] She’s the fledgling leader of the Hellsing Organization. She’s like a granddaughter to me, and I love her the way I did her late father.

In addition to her maid, butler, cook, and nurse, I’m her bodyguard and advisor as she learns how to run Hellsing. She doesn’t smile much now. Not that she ever smiled a lot, really.

Doc fan: OHHHHooooooohh! Its the Rosty Toasty remote of DOOM! Ohoh! what dose this button do?! You are so awesome all covered in gore In white Bondage-ty gear…AFTER LABOR-DAY EVEN!

Doc: All right, all right…

Doc fan: AND YOUR A MAD SCIENTIST! IMEANCOMEON! You make things form Nightmares just so you can, cuz comeon i know these people are not paying you all that well.

Doc: …they’re horrible. Let’s get rid of them.

Doc fan: AND YOU MADE A CATBOY! AHHH HOW AWESOME! YOU CAN ALSO TO DO THE EVIL CRACKLE JUST BEFORE YOU EXPLODE IN BLOODY GOOY BITS! which by the when are you planing to do that.. cuz my battery’s to my camera need recharging…