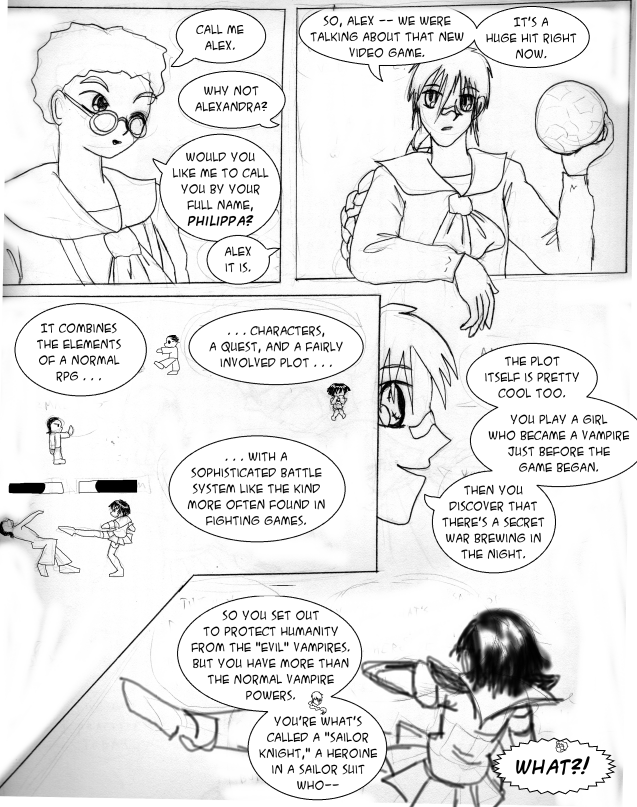 Pip: Why not Alexandra?

Alex: Would you like to call me by your full name, Philippa?

So, Alex — we were talking about that new video game. It’s a huge hit right now.

It combines the elements of a normal RPG…characters, a quest, and a fairly involved plot…with a sophisticated battle systeml ike the kind more often found in fighting games.

The plot itself is pretty cool too. You play a girl who became a vampire just before the game began. Then you discover that there’s a secret war brewing in the night.

So you set out to protect humanity from the “evil” vampires. But you have more than the normal vampire powers. You’re what’s called a “sailor knight,” a heroine in a sailor suit who–

Seras (thinking): She’s got a companion — and they’re getting away!

Hunt them down and tear them limb from limb…

…no! There are still heartbeats in that building. Got to make sure they all get out first.