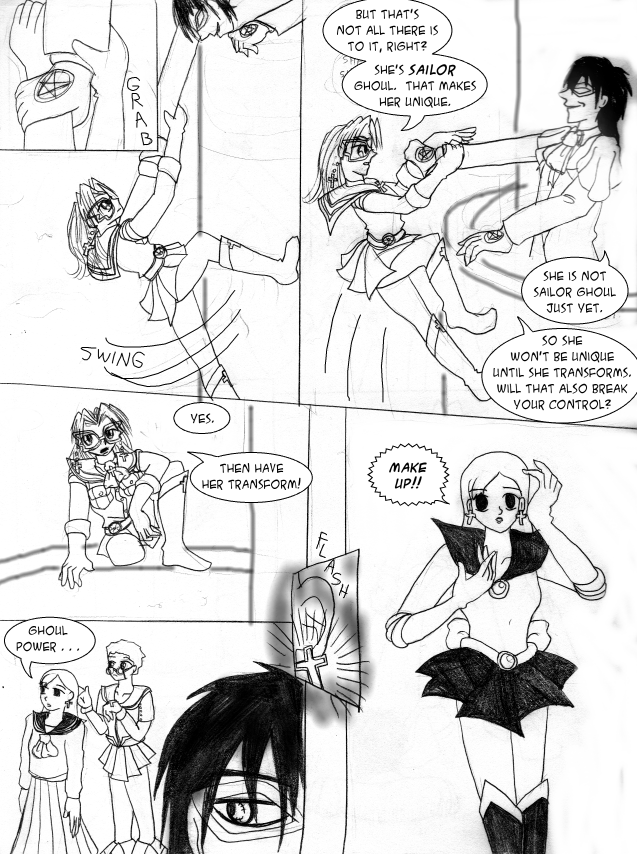 Note from The Future: Really should’ve had them fight him for Kim. Whoops.

Integra: But that’s not all there is to it, right? She’s Sailor Ghoul. That meks her unique.

Alucard: She is not Sailor Ghoul just yet.

Integra: So she won’t be unique until she transforms. Will that also break your control?

Integra: Then have her transform!

Note from The Future: Yes, that’s Marcie and Peppermint Patty. Astute Peanuts fans may remember that, when they were kids, “Reichardt” was not Marcie’s last name.

What you have to realize is that not only did Annie have a working television in 1937, her TV had global filming abilities that rival modern military satellites. Her tech is simply Better Than Everyone Else’s.

Integra: Can we get a physical description?

Integra: That’s nobody we know.

Ann: Steady, soldier. Backup is on the way.