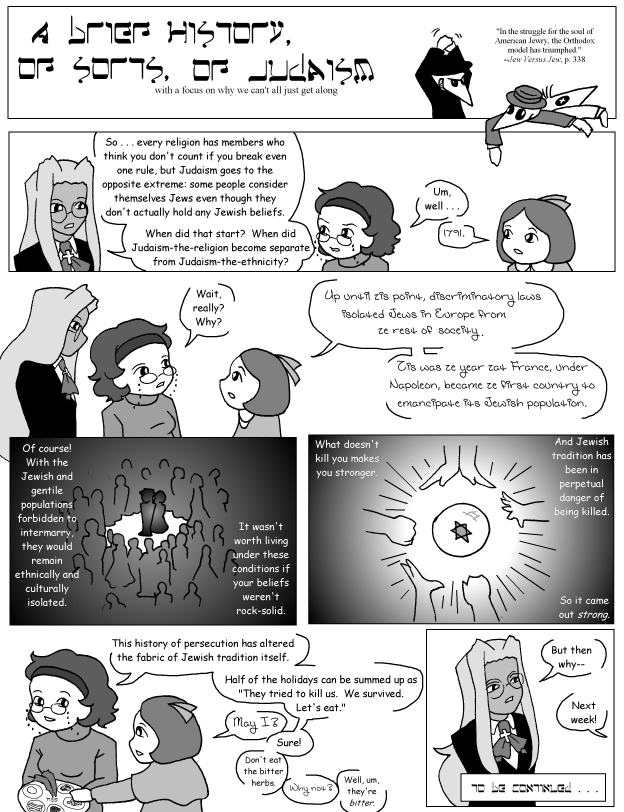 “In the struggle for the soul of American Jewry, the Orthodox model has triumphed.” –Jew vs. Jew, p. 338

Integra: So…every religion has members who think you don’t count if you break even one rule, but Judaism goes to the opposite extreme: some people consider themselves Jews even though they don’t actually hold any Jewish beliefs. When did that start? When did Judaism-the-religion become separate from Judaism-the-ethnicity?

Of course! With the Jewish and gentile populations forbidden to intermarry, they would remain ethnically and culturally isolated. It wasn’t worth living under these conditions if your beliefs weren’t rock-solid.

What doesn’t kill you makes you stronger. And Jewish tradition has been in perpetual tradition of being killed. So it came out strong.

Erin: The history of persecution has altered the fabric of Jewish tradition itself. Half of the holidays can be summed up as “They tried to kill us. We survived. Let’s eat.”

Integra: But then why–