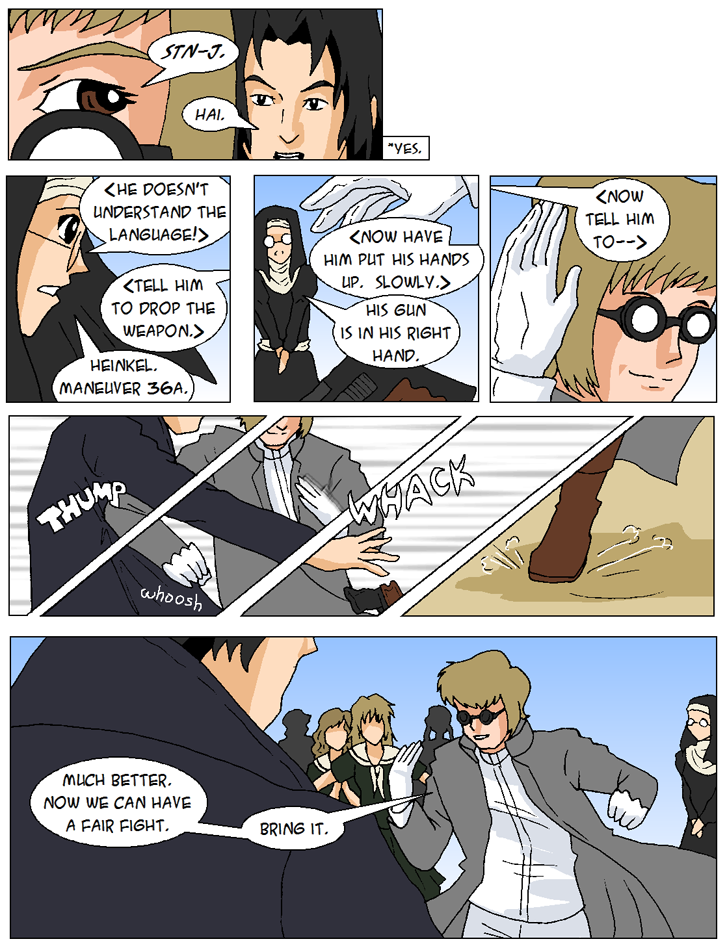 Yumiko: {He doesn’t understand the language!}

Amon: {Tell him to drop the weapon.}

Amon: {Now have him put his hands up. Slowly.}

Yumiko: His gun is in his right hand.

Heinkel: Much better. Now we can have a fair fight. Bring it.