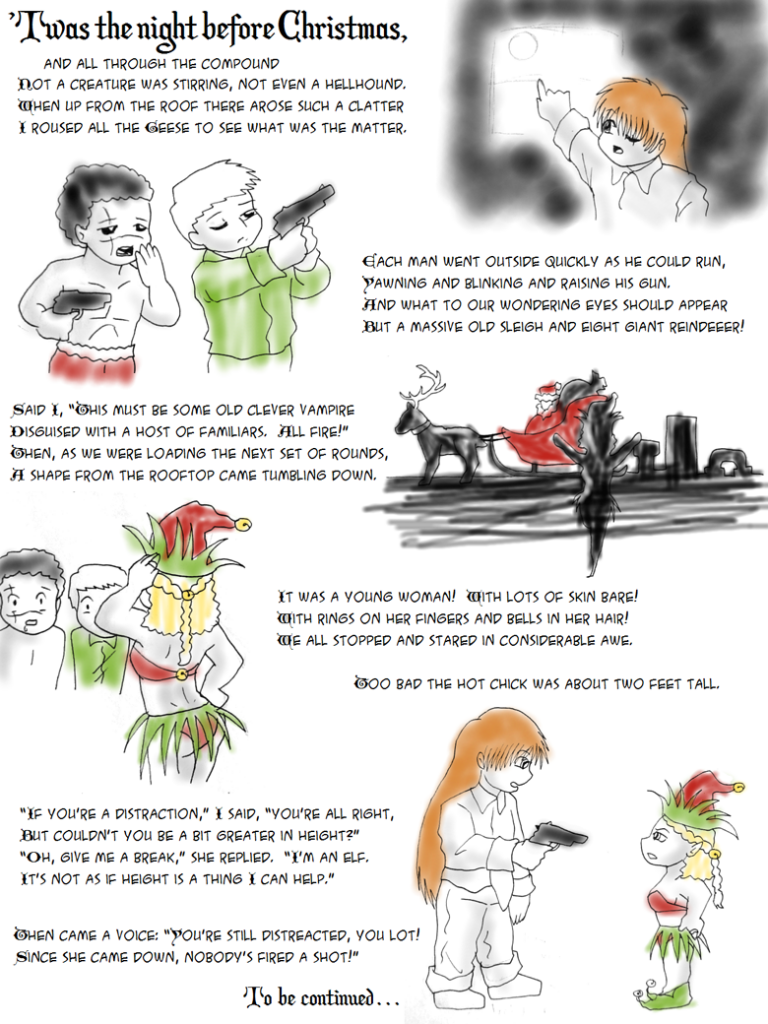 ‘Twas the night before Christmas, and all through the compound
Not a creature was stirring, not even a Hellhound.
When up from the roof there arose such a clatter
I roused all the Geese to see what was the matter.

Each man went outside quickly as he could run,
Yawning and blinking and raising his gun.
And what to our wondering eyes should appear
But a massive old sleigh and eight giant reindeer!

Said I, “This must be some old clever vampire
Disguised with a host of familiars. All fire!”
Then, as we were loading the next set of rounds,
A shape from the rooftop came tumbling down.

It was a young woman! With lots of skin bare!
With rings on her fingers and bells in her hair!
We all stopped and stared in considerable awe.
Too bad the hot chick was about two feet tall.

Then came a voice: “You’re still distracted, you lot!
Since she came down, nobody’s fired a shot!”