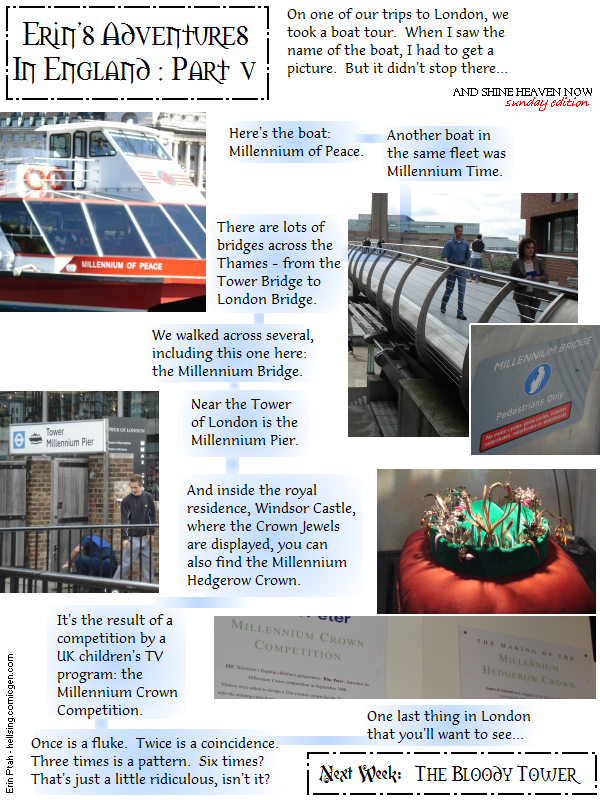 On one of our trips to London, we took a boat tour. When I saw the name of the boat, I had to get a picture. But it didn’t stop there…

Here’s the boat: Millennium of Peace. Another boat in the same fleet was Millennium Time.

There are lots of bridges across the Thames — from the Tower Bridge to London Bridge. We walked across several, including this one here: the Millennium Bridge. Near the Tower of London is the Millennium Pier.

And inside the royal residence, Windsor Castle, where the Crown Jewels are displayed, you can also find the Millennium Hedgerow Crown. It’s the result of a competition by a UK children’s TV program: the Millennium Crown Competition.

Once is a fluke. Twice is a coincidence. Three times is a pattern. Six times? That’s just a little ridiculous, isn’t it?

One last thing in London that you’ll want to see…

Next Week: The Bloody Tower